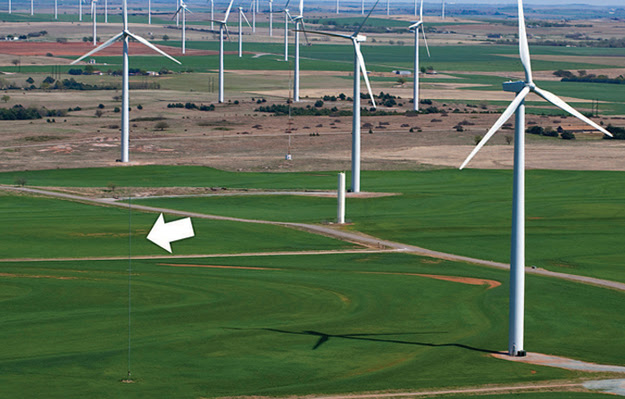 The National Agricultural Aviation Association (NAAA) says that many landowners and farmers might not be aware that due to provisions in both the FAA Extension, Safety and Security Act of 2016 and the FAA Reauthorization Act of 2018, towers between 50 and 200 feet tall with an above-ground base of less than 10 feet in diameter in rural areas are legally required to be marked and/or logged in a database the FAA is currently developing. Previously, no towers under 200 feet were subject to any federal marking requirements.

The FAA Reauthorization Act of 2018 requires this database to be functional by October 2019. The FAA is also finalizing the marking requirements for these towers, but they are widely expected to be similar to the standards found in FAA Advisory Circular 70/7460-1L.

Prior to the imminent release of these rules, the National Agricultural Aviation Association (NAAA) encourages landowners to preemptively mark their towers and voluntarily log towers on their property into the FAA’s Daily Digital Obstacle File (Daily DOF). The Daily DOF is an obstacle database that contains mostly obstructions above 200 feet, with obstructions below 200 feet submitted on a voluntary basis. The Daily DOF gives an obstruction’s location, height and type of marking (if any). Information on the tower’s owner or property owner is not asked for or publicly given.

NAAA is encouraging farmers and landowners to preemptively comply with these regulations because over the last 11 years, since 2008, there have been 22 tower-related agricultural aircraft accidents resulting in nine fatalities. The number of accidents and fatalities is even higher when other low-level operations such as EMS-Medivac operations are included.

North Dakota farmer and aerial applicator Brian Rau has a 96-foot-tall RTK tower on his property. Short for “real time kinematic,” RTK towers supplement the GPS systems of automated ground-based farm equipment. As an aerial applicator, Rau knows the importance of having such towers both marked and logged into appropriate FAA databases, regardless of legal requirements. He added florescent ball markers within the structure’s skeleton soon after it was converted from a communications tower to an RTK tower. This year Rau took the additional step of providing the coordinates of his tower to the FAA’s Obstacle Data Team for inclusion in the Daily DOF.

“Seeing the growth of communication towers in North Dakota and across the county, I knew it was important to both mark and properly log the tower,” Rau said. “Submitting the tower to be included in the FAA’s Daily Digital Obstacle File only took minutes and was well worth a few moments of my time.”

From a safety perspective, being transparent about the existence of low-level obstacles is vital to agricultural pilots and other aircraft flying in the airspace between zero and 400 feet, such as police and first responder aircraft, aerial firefighters and pipeline patrol pilots. The FAA’s Digital Obstacle File (DOF) provides information about potential obstacles in pilots’ flight path before they take off. Once pilots download the FAA’s Digital Obstacle File or Daily DOF, they can import it into Geographic Information Systems applications, such as agricultural aviation applications.

FAA Advisory Circular 70/7460-1L on obstruction marking and lighting details the ways different types of obstructions may be marked. The document provides specifications on lighting systems, colors and light intensities. As an alternative to lighting, the document also explains tools for the “unlighted marking” of obstructions. This includes paint colors and patterns, as well as specifications for guy wire sleeves and high-visibility spherical markers. Rau chose the latter option for marking his RTK tower. “The ball markers seemed the easiest for an existing galvanized tower, and they really improved the visibility of the tower,” he said.

“Aerial applicators have been at the forefront of ensuring a safe airspace for low-flying pilots for years,” said NAAA Executive Director Andrew Moore. “We encourage farmers, landowners and tower companies to familiarize themselves with the dangers of unmarked, low-level towers. Towers in and around productive farmland may prevent a crop from being treated by air if it is too difficult or unsafe for an ag pilot to treat. As such, due consideration must be given to locating any type of tower on ag land. If a tower’s construction is imminent or already exists, it is highly encouraged that preemptive compliance with the forthcoming FAA regulations required by Congress occur.”

Acting preemptively to make towers safer for pilots is also the prudent thing for rural landowners and farmers to do. These obstructions are not just a risk for agricultural aviators, but for all general aviation operations, including EMS, law enforcement, aerial imaging flights, sport pilots and gliders. An NAAA analysis of accidents from 2008 to 2018 across all sectors of general aviation found there were 40 tower-related accidents and incidents resulting in 36 fatalities over the span of 11 years. The data also shows many of those general aviation aviators did not collide with the main body of the obstruction itself, but the extremely difficult to see guy wires supporting the structure, illustrating the importance of installing high-visibility guy wire sleeves or spherical ball markers.

“These startling figures show the risk of tower accidents cuts across all segments of aviation, and the proper marking and logging of these obstructions must be undertaken with the utmost seriousness,” Moore said.

In addition to the human cost, a precedent has been established increasing the likelihood that landowners and tower manufacturers could be held financially liable for tower-related accidents. In 2014, a milestone court settlement was reached when a group of defendants representing tower manufacturing, wind energy, land-owning and farming interests agreed to pay $6.7 million to the family of agricultural aviator Steve Allen to settle a wrongful death action brought against the tower entities for failing to mark a 197-foot meteorological evaluation tower or make Allen aware of its location prior to his fatal collision with the tower in 2011. From eyewitness accounts, it was clear Allen never saw the unmarked tower before he struck it.

Landowners and farmer may submit an obstruction to the FAA’s Daily Digital Obstacle File by emailing the tower’s height and coordinates to 9-AJV-532-OBSTData-REQ@faa.gov.