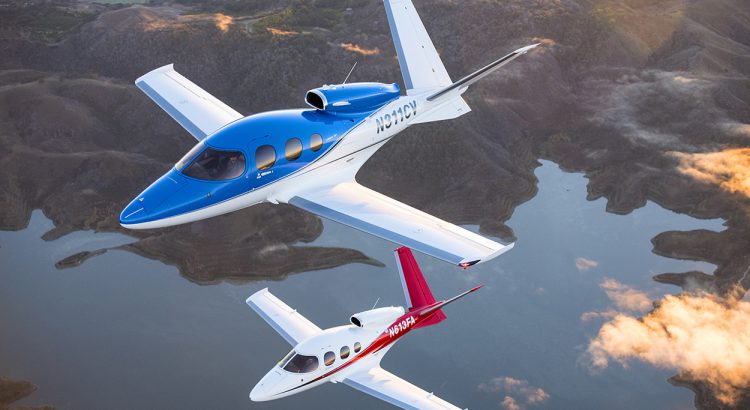 A group of seven general aviation associations has welcomed an updated study detailing the contributions of general aviation to the U.S. economy. The study, conducted by PricewaterhouseCoopers LLP, determined that general aviation supports a total 1,179,200 jobs and a total of $246.8 billion in total economic output in the U.S.

“U.S. economic growth and opportunity coming from the general aviation industry is increasing, and this trend will only accelerate as supersonic and electrically propelled business aircraft drive deeper into their development phases.” said Pete Bunce, GAMA President and CEO. “This study confirms that general aviation continues to have a very significant impact on the U.S. economy. As an industry, we must continue to keep pace with innovation to improve safety and focus intently on workforce development by promoting the amazing career potential available to young people through general aviation.”

“As leaders in product innovation, the contributions to the U.S. economy by AEA member companies are significant, and we are pleased to join our partners in general aviation to help share this story with policymakers at all levels,” said AEA President and CEO Mike Adamson. “Equally important, though, is our members’ continued development and installation of next-generation lifesaving technologies that will make flying even safer and more accessible while creating opportunities for future aviators and entrepreneurs.”

“General aviation continues to be a positive contributor to our nation’s economy and benefits thousands of communities,” said Mark Baker, AOPA President and CEO. “We must also continue working together to inspire the next generation of pilots and aircraft technicians and recognize this uniquely American industry and its exceptional impact on our country.”

“This report confirms that general aviation is an economic powerhouse in America,” said Jack J. Pelton, CEO and chairman of the board for the Experimental Aircraft Association. “More than the impressive numbers, however, general aviation represents the best of our country: Innovation, freedom, and a continuing reach toward progress that is encompassed by individuals pursuing their own dreams of flight.”

“The vertical-lift and helicopter industry is in a dynamic transition right now, as we witness the growing potential for both new vertical-lift vehicles and remotely-piloted vehicles to meet demands for urban air mobility and delivery,” said James A. Viola, HAI President and CEO. “And while the future looks bright, this study provides reassurances of the strength and stability of the current helicopter industry.”

“Studies and industry collaborations like these are invaluable to our efforts to demonstrate to policymakers at the local, state, and federal levels the impact of general aviation to communities. Our membership uses these tools nationwide to support initiatives that create workforce opportunities, build on responsible environmental stewardship, and grow commerce,” stated NATA President and CEO Timothy Obitts.

“As this important study reminds us, general aviation remains an essential and powerful contributor to our nation’s economy, providing critical services to citizens, companies and communities across the country,” said NBAA President and CEO Ed Bolen. “Hundreds of lawmakers at the federal, state and local level have recognized the industry’s vital role in America’s economy and transportation system – a role that will only grow more important as the industry continues to innovate and evolve in the years to come.”

To determine the total U.S. economic impact of general aviation, the study calculated the direct, indirect, induced and enabled economic impacts, based on the most recent data available from 2018.

The PricewaterhouseCoopers study is available on GAMA’s website — gama.aero