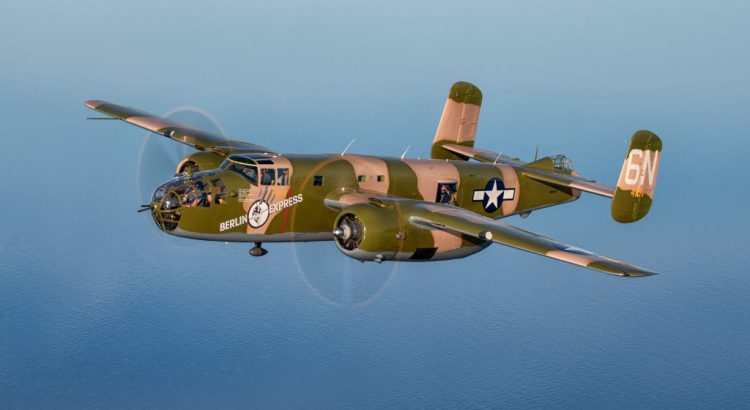 The Experimental Aircraft Association is bringing back the B-25 Berlin Express flight tour starting on June 17 in Champaign, Illinois.

The B-25 tour will travel throughout the United States stopping at each destination and providing flight experiences. The historically maintained aircraft allows for a once-in-a-lifetime opportunity to fly with highly trained pilots.

“Since we first flew this restored B-25 in 2019, the overwhelmingly positive response we’ve received to the airplane on tour has been extremely gratifying,” said Sean Elliott, EAA’s vice president of advocacy and safety. “We are eager to have many more people experience this piece of flying history, whether that is at Oshkosh or one of the tour stops where we salute the sacrifices made by those who preserved our freedom.”

This year’s B-25 tour schedule includes:

The B-25 was first used fighting in World War II after the Pearl Harbor bombing in December 1941. The first B-25s became combat-ready in early 1942. The B-25 is highly remembered from when 16 bombers were loaded onto the USS Hornet Aircraft carrier with a mission to bomb Tokyo. This aircraft was also used in every branch of the US military.

More information about the B-25 tour, its history, and purchasing flight experiences can be found at FlytheB25.org.