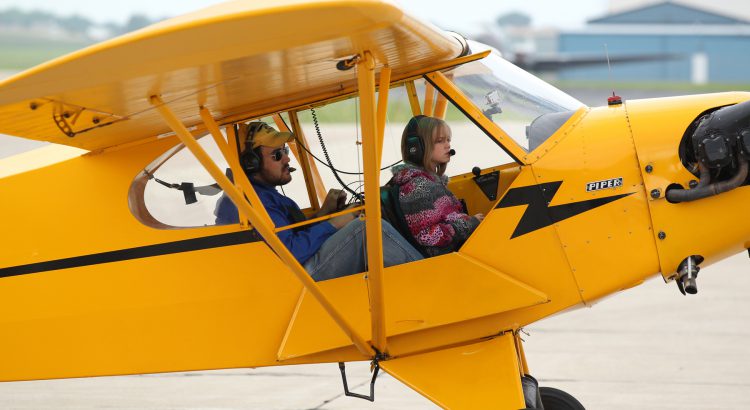 “As we reach each of these milestones, it’s a further credit to the dedication of the EAA-member pilots and volunteers who have committed their time and aircraft to bringing young people into aviation,” said Jack Pelton, EAA CEO and chairman of the board. “The success of Young Eagles means thousands of today’s under-40 pilots can trace their personal journeys back to that first flight with a Young Eagles pilot.”

More than 50,000 EAA-member pilots have donated their time, aircraft, and fuel to fly kids over the past 27 years, with an equal number of ground volunteers assisting the program. Flights have taken place on every continent except Antarctica, and in aircraft ranging from hot air balloons to corporate jets. Young Eagles began in 1992 in response to a survey of EAA members who overwhelmingly replied that getting young people involved in aviation was the most important issue to ensure the future of recreational flight.

Young Eagles has also been the foundation of EAA’s more recent efforts to encourage and engage young people in aviation. That includes the Sporty’s online Learn to Fly course, available to all Young Eagles and now approaching 75,000 enrollees. It also set the stage for last year’s inaugural group of Ray Aviation Scholarship recipients, as more than 100 young people earned full flight training scholarships in conjunction with local EAA chapters.

“To every pilot and ground volunteer who has been part of Young Eagles, the aviation community thanks you,” Pelton said. “If you haven’t flown a Young Eagle yet, we enthusiastically invite you to do so. You will have a more impactful influence on the future of flight than you’ll ever know.”

More information for pilots, parents, and young people is available at EAA.org/YoungEagles.