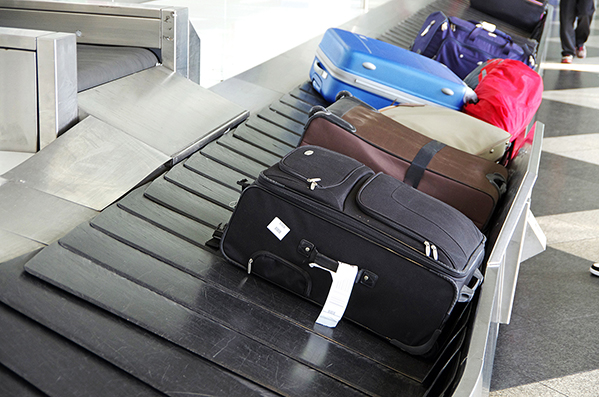 With airlines collecting a record $1.3 billion in baggage fees in the first three months of 2019 – on top of $7.6 billion in ancillary charges last year – the American Association of Airport Executives (AAAE) called on Congress to update the outdated and arbitrary federal cap on local Passenger Facility Charges to spur investment in new runways, terminals, gates and other airport improvements that directly benefit flyers.

“Airlines continue to collect billions of dollars in fees quarter after quarter, a fact they conveniently forget to mention as they argue against giving airports more local flexibility to enhance competition and improve facilities for travelers,” AAAE President and CEO Todd Hauptli said. “If a $5 increase in checked bag fees is good business, how can a more modest adjustment in the local PFC program be cast as detrimental for travelers? It’s time for Washington to look past the self-serving arguments from the airlines and give airports the local tools they need to better serve the traveling public.”

According to data released today by the Department of Transportation’s Bureau of Transportation Statistics, airlines set yet another new record with $1.3 billion in baggage fees collected during the first quarter this year. That follows a record $4.9 billion in bag fees in 2018. Airlines collected another $662 million in reservation change and cancellation fees in the first three months of the year after raking in $2.7 billion in ticket fees last year.

Although airlines have increased their bag fees and continue to collect record amounts from their customers, they remain opposed to adjusting the federal cap on local PFCs, a user fee that must be justified locally, imposed locally and used locally on FAA-approved projects that enhance local airport facilities. The federal cap on the local PFC has not been adjusted since 2000. Despite misleading airline arguments, the PFC is not a tax and never goes to the federal Treasury, a fact verified by the non-partisan Congressional Research Service.

Airlines collected nearly $2 billion in baggage and reservation change fees in the first quarter of 2019 – an average of $21.7 million in combined ancillary fees every single day.

Total airline bag and reservation fee collections have increased every year for a decade.

The record in bag fee collections this quarter follows an astounding $7.6 billion in bag and ticket fees in 2018.

Because bag fees are not taxed at the same 7.5 percent excise tax rate applied to base airline tickets, the Airport and Airway Trust Fund lost more than $367 million in foregone revenue last year alone. Since 2008, the $39.7 billion in bag fees that are not taxed have cost the Trust Fund nearly $3 billion in lost revenue. Those are funds that could have otherwise been spent on needed airport and air traffic control upgrades.

While airlines raked in $7.6 billion from bag and ticket fees last year, airports collectively received $3.5 billion from the PFC in 2018.

Airlines charged more bag and ticket fees last year than airports collected via the PFC in 2017 and 2018 combined.

The federal cap on the PFC has not been adjusted since 2000 – more than 19 years ago. The last time Congress increased the PFC cap, roughly half of U.S. adults used the internet and approximately 35 percent of Americans owned a cell phone.