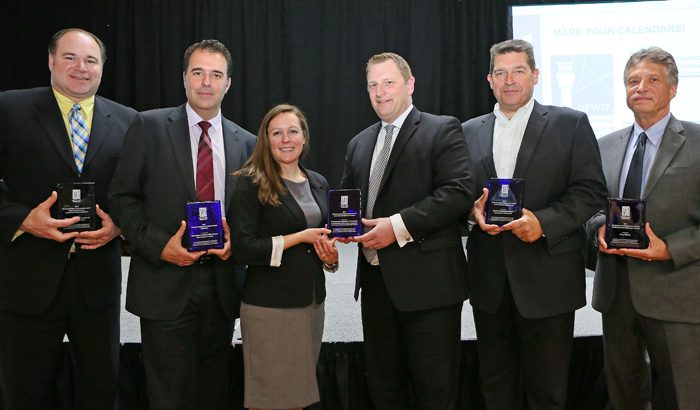 Airports Council International – North America (ACI-NA) announced the winners of the 2017 ACI-NA Environmental Achievement Awards. The Environmental Achievement Awards are presented to airports that strive to protect and preserve the environment through their programs, initiatives, and projects. 2017 recipients are Miami International Airport, Indianapolis Airport Authority, Minneapolis-St. Paul Metropolitan Airports Commission, and Billy Bishop Toronto City Airport.  Detroit Metropolitan Airport was recognized as a runner up.  Award winners were recognized at the 2017 ACI-NA Airports@Work Conference on March 29, 2017, in Las Vegas, NV.

“For many years, North American airports have undertaken important work to enhance their communities through innovative approaches to sustainable business practices,” said ACI-NA President and CEO Kevin M. Burke.  “North American airports recognize that continued sustainability leads to economic vitality and operational efficiency while minimizing their environmental footprint. The 2017 ACI-NA Environmental Achievement Award winners are industry leaders when it comes to protecting the environment while serving their passengers and communities.”

Established by the ACI-NA Environmental Affairs Committee, the annual Environmental Achievement Awards acknowledge the hard work and achievements of ACI-NA members by promoting awareness more broadly within the airport community, the general public and regulators of the many notable and innovative efforts being undertaken by environmental professionals at airports.

ACI-NA annually awards up to four awards recognizing outstanding achievement in the categories of Environmental Management, Environmental Mitigation, Outreach, Education and Community Involvement, and Innovative/Special Projects. The winning airports must demonstrate the environmental benefit of their project and its innovative approach, effective implementation, applicability and cost-effectiveness. Many promising submissions were received this year, and the strong field created a challenging selection process for this year’s panel of judges.

The ACI-NA Environmental Committee also selects an individual award winner for outstanding contributions to the Committee. The winner of this year’s “Peer Recognition for Outstanding Individual Contribution and Leadership” Award is Gene Peters, Director at Ricondo & Associates. Peters has been a long-standing member of the Environmental Affairs Committee and the aviation environmental industry.  For the past several years, Gene has been making a significant contribution to the Sustainability Working Group through the development and publication of the group’s quarterly newsletter, which has excelled at succinctly sharing information such as the latest environmental best practices, individual member’s background and interests (to facilitate peer networking), FAA and other external funding opportunities, and relevant ACRP studies.

The Environmental Committee also recognized Nate Kimball, Sustainability Manager at the Port Authority of New York and New Jersey with an honorable mention. Kimball has led environmental stewardship initiatives and promoted sustainable business practices within the ACI-NA Environmental Affairs Committee and the broader aviation community by building relationships with external entities  and facilitating an internal dialogue within ACI-NA management about the importance of ‘triple bottom line’ sustainability to the organization’s long-term success and resilience.

Environmental Management Award Category:  Miami International Airport was selected as the winner for their “Sustainability Project at MIA” a large-scale energy and water conversation effort by the Miami-Dade Aviation Department and Florida Power & Light Company Services (FPLS).  This project is installing $32 million worth of air conditioning and ventilation upgrades, water conservation retrofits, enegy-efficient lighting and other innovative solutions that will save the airport more than 35 million kilowatts of power per year and $40  million in utility costs over the 14-year contract period with FPLS. That is the equivalent of reducing carbon emission by 5,110 automobiles and water consumption equal to 43 Olympic-size swimming pools (28 million gallons).

Detroit Metropolitan Wayne County Airport’s Reconstruction of Runway 4L/22R and Associated Taxiways was identified for Honorable Mention. Typically, the runway is used for aircraft arrivals and can accommodate operations in low-visibility conditions, making it critical to the Airport’s operational efficiency and business continuity.  While following an aggressive schedule, this project was among the first at airports to apply sustainability practices to an airfield project. The project received the Envision Silver Award from the Institute for Sustainable Infrastructure, which recognizes sustainable infrastructure across the full range of environmental, social, and economic impacts.

Outreach, Education and Community Involvement Award Category: Indianapolis Airport Authority won the outreach award for their “Community Bee Apiary” project, housed on 4.7 acres of otherwise unused airport land. This project is a partnership with a local non-profit, the White Lick Beekeepers Association. The apiary helps to preserve Indiana’s honeybee population and serves as a training site for future beekeepers. The site also serves an educational role for visitors from groups such as 4-H, and has been the focus of projects with Ball State University. This novel use of land is providing a bridge to the community that is supportive and engaged with the apiary.

Special/Innovative Projects Award Category: Minneapolis-St. Paul Metropolitan Airports Commission won the Special/Innovative Projects award for their “Optimized Profile Descent Application and Associated Emission Reduction Results.” At minimal cost the MAC Environment Department staff developed the OPD application, which quantifies the environmental benefits of fuel and carbon reductions achieved through PBN procedures.  Showing industry leadership, the application was developed to be easily shareable with other airports. MAC used the application and results in the collaborative effort with the community that resulted in approval for implementing PBN arrival procedures.

Mitigation Award Category: Billy Bishop Toronto City Airport won the Mitigation award for their “Noise Mitigation Program.”  This effort required a multi-faceted approach, as well as the long term commitment shown to the program. The airport has undertaken continuing engagement with different groups of stakeholders that has been combined with innovative noise reduction efforts, resulting in reduced number of noise-related complaints received from the community.