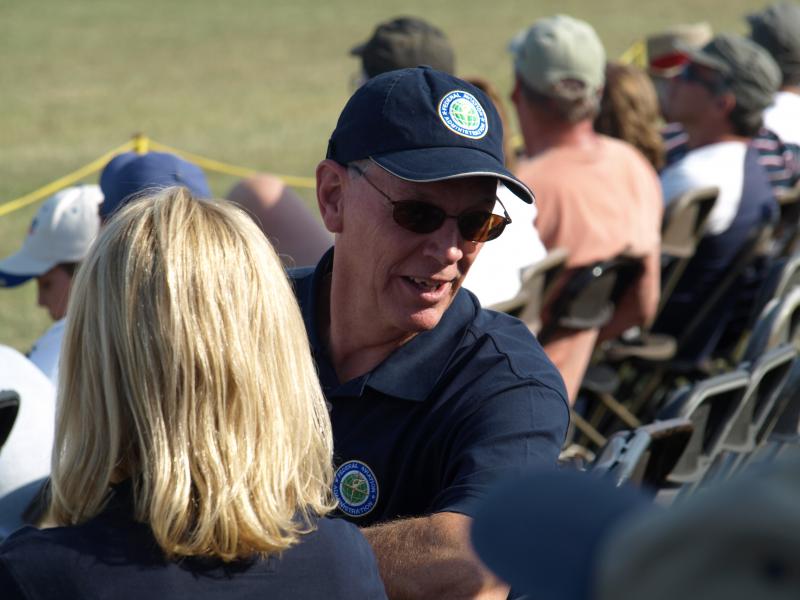 Washington D.C. – Good afternoon, and thank you, Jim [Coyne], for inviting me. I appreciate the opportunity to come speak to you today. Candidly, I’ve got some real concerns about safety, and we need to discuss these in an open forum.

Let me start out by saying that I recognize your concerns about the lack of standardization. As a pilot, I understand. As the FAA Administrator, though, I want you to know that you have my firm commitment that we are indeed moving toward standardization. As executives, we know that implementing a “standard operating procedure” with thousands of different employees spread across dozens of sites in all 50 states is no mean feat. By their nature, some inspectors push a hard line, others less so.

No doubt, you find the same thing amongst your own production lines and in your flight departments. When a rule calls for a certain standard, for the sake of argument let’s call it “100.” Some say that only “105” is acceptable. Others say 100 is good enough, and that’s where they stay. Some are perfectionists, others shoot for a standard that’s acceptable according to the rule.

Peggy Gilligan and John Hickey are putting steps in place to make sure that our own safety management system is consistent. Referencing the hypothetical example of a moment ago, our concern is that neither of us can afford to let anything less than 100 become acceptable. When the rule calls for a particular level of safety, that’s where it must be. I wish there were a simple fix here, but people are people, and there is no easy way to bring this discussion to a close.

There are cops out there who will give you a ticket for doing 26 when the sign says 25. There are people at the IRS who will audit your last seven returns because you were short 10 dollars on this year’s 1040. I want you to know that I acknowledge your concerns. I empathize with you. And I meet with Peggy Gilligan privately every week to make sure we’re moving forward.

Our goal, our focus, is on safety, and that’s always the common thread throughout any of our conversations. Given what happened at Lexington and in Buffalo, the overshoot at Minneapolis, the helicopter EMS accidents — I see a lack of professionalism that started as a ripple and now it’s an area of real concern.

Professionalism is not perfectionism. Professionalism is recognizing that you’re always pushing to be the best you can be. The overshoot is still under investigation, so I can’t comment, but I can say that scenario is of equal concern.

Professionalism is also about taking personal responsibility for your actions. It’s accepting that you have other people’s well being — their lives — their family’s lives in your hands and — it is your responsibility. As a professional, you are being paid to do your job.

And on the subject of professionalism, I think we’ve also got to recognize that our thought process must include human factors. Our equipment has changed a lot over the years — if we’re honest with ourselves, more than most of us would’ve expected. Think back 30 years or so ago, and there was a real fear about riding an elevator that didn’t have an elevator operator there to press the buttons for you and crank the door closed.

That seems a little weird to us today, but the point’s the same:  you’ve got to recognize that with new and different technology, equipment and procedures coming on line every day, precisely how the human responds to it is critical. It’s something we can’t overlook, but I think it’s something that too many may have pushed to the side while we’re busy with “bigger” issues. I’d suggest that even with all of the issues on our plate, there is none bigger than human factors.

As an Aviation Community, we need to do better. Our system is not built to accommodate people who take short cuts with safety. Everyone must go to work with the same goal in mind:  it’s safe, or it doesn’t fly. Whether you have 100 aircraft or just one, a hundred employees or just one, a hundred clients or just one, each and every piece of equipment must be in accordance with the regulations. If your paycheck is tied to an airplane, you are part of a shared responsibility.

And that responsibility applies to flight ops, ground ops, suppliers, training, maintenance, operations centers, dispatchers and management. And it starts at the top, so it is primarily and specifically you.

We do need to refocus on our collective energy on a number of issues including a review of Human Factors. And perhaps we need to do a better job of first understanding and then fixing what leads to a loss of focus and situational awareness.