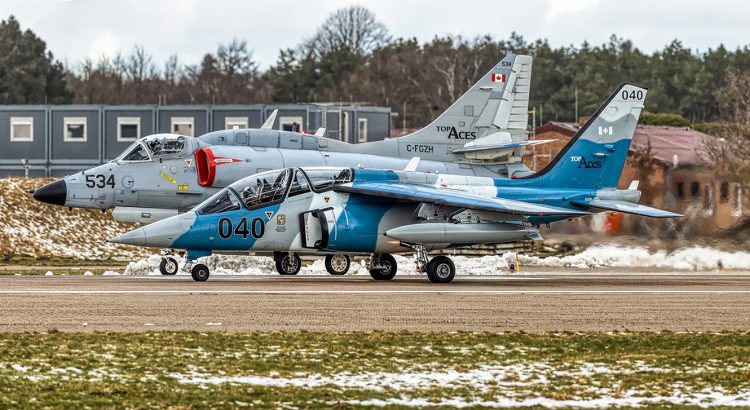 Top Aces has been awarded the fast speed adversary air training services contract by the German Armed Forces (“Bundeswehr”) effective January 1st, 2022. Operating out of the Wittmundhafen Air Base, Top Aces has been providing advanced airborne training to the Bundeswehr for the past 6 years and plans to invest over $100M CAD in furtherance of the new contract.

“As Germany’s trusted partner, we’re delighted to continue training its combat forces well into the future,” said Rolf Brandt, Senior Program Manager – German Operations at Top Aces. “In support of the growing program, we plan to increase our staffing levels in Germany, adding more than 20 highly skilled employment opportunities to the local economy.”

With a continuous focus on innovation, Top Aces is introducing advanced new capabilities that will raise the bar for the adversary air industry. Beginning in 2017, Top Aces has made significant investments in R&D to develop a proprietary Advanced Aggressor Mission System (AAMS) that allows for the use of state-of-the-art Active Electronically Scanned Array (AESA) radar and Infrared Search-and-Track (IRST) systems on a variety of aircraft types including Top Aces’ A-4N Skyhawk and F-16 Fighting Falcon. The AAMS is a revolutionary new technology that allows its aircraft to simulate the most advanced capabilities of modern-day opponents in air-to-air combat. Flight testing and certification of the AAMS on Top Aces’ A-4N Skyhawk have been completed, enabling the Company to begin delivering AAMS missions to Germany and to demonstrate this capability to potential customers in North America and Europe.

Top Aces plans to export its technology and expand its footprint in the UK and throughout Europe to foster growth in the region. “With both commercial and military airworthiness certifications on our international fleets of aircraft – meeting the most rigorous standards for ex-military aircraft in the world – Top Aces is uniquely positioned to serve the adversary air market worldwide,” said Didier Toussaint, Top Aces’ Chief Operating Officer. “We look forward to continue offering best-in-class service to the next generation of combat leaders across the globe.”