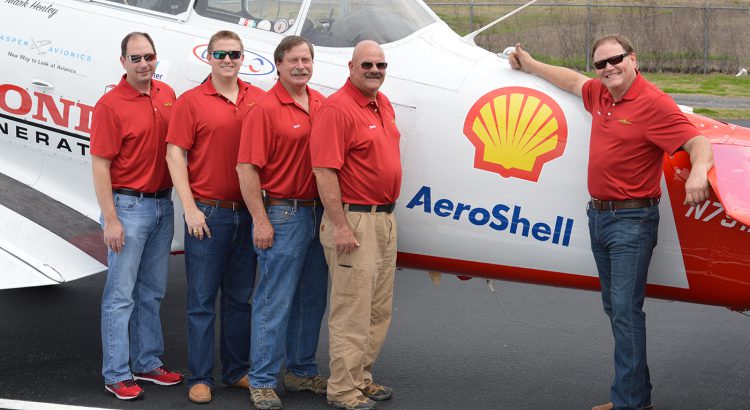 Shell Aviation has announced that it is has extended its partnership with the AeroShell Aerobatic Team for a further three years. Shell Aviation’s AeroShell Lubricants has been the proud sponsor of the aerobatic display team since 2003, with the pilots relying on the protection that the company’s range of high-quality engine oils and greases provide.

Asked about the re-signing, Team Lead, Mark Henley said: “We are thrilled to have AeroShell on board as our co-pilot for the next three years and we look forward to continuing this strong partnership. As our primary sponsor, AeroShell has been integral in helping the team grow and continue to perform at the high-level our fans expect. I have said this before, but when we fly wing tip to wing tip, there is no other oil I would trust.”

The extension of the partnership comes as the AeroShell Aerobatic Team prepare to entertain crowds at this year’s Sun ‘n Fun International Fly-in and Expo in Lakeland, Florida, April 10-15. Debuting a refreshed paint scheme making their AT-6 Texan Aircraft brighter and more visible than ever, the Team will be hard to miss during the night show on Saturday and day shows on Wednesday, Thursday and Friday.