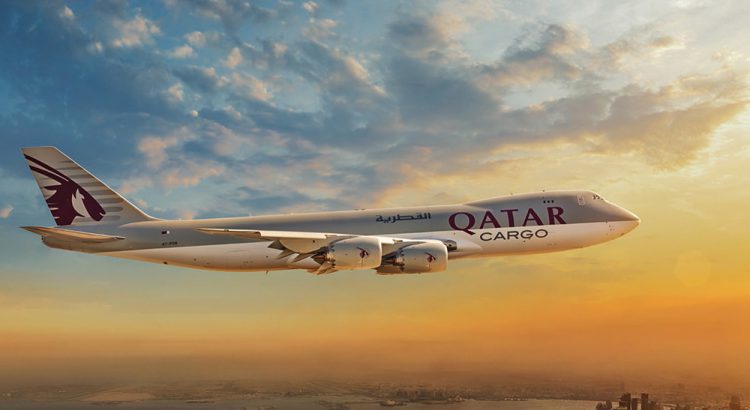 As Qatar Airways Cargo nears its two-year anniversary in Pittsburgh, the cargo route received a significant boost with a major global customer committing to shipping its goods through Pittsburgh International Airport.

Sri Lanka-based freight forwarder EFL is making Pittsburgh International Airport a cargo distribution point in conjunction with the nonstop service – a milestone reflective of the success of Qatar Airways Cargo. EFL will capitalize on one of Qatar’s two weekly Boeing 777 freighters into Pittsburgh. The company’s first 90-ton shipment started in May into Pittsburgh.

“Today’s announcement continues moving the airport corridor forward as a manufacturing and distribution hub. Congratulations to Christina and her team for this huge success for our region. As Pittsburgh strives to make additional connections to the global marketplace, this is a big step along that path,” said Allegheny County Executive Rich Fitzgerald. “The success of Qatar Airways, and the partnership with EFL, strengthens our ability to attract manufacturing and distribution to the airport. We are planting the seeds for manufacturing, distribution, logistics and connectivity in the global marketplace. We are excited to see it bear much fruit in the years to come, and to see the growth of jobs in these areas continue.”

The Doha to Pittsburgh service offers its customers in Asia a solution for 72-hour transit time from the Asia-Pacific region to regional distribution centers and retail stores in the United States. Pittsburgh’s location midway between Chicago and New York offers convenient access to two of the largest air cargo markets in the U.S. and many markets in between.

“Our goal is to build Pittsburgh into an international logistics center and with great partners like Qatar Airways Cargo and EFL, that goal is becoming a reality,” Pittsburgh International Airport CEO Christina Cassotis said. “This is cargo that used to enter into the U.S. through major airports such as New York and Chicago but instead they’re choosing to use our region as a gateway. That means jobs and business for our region.”

Pittsburgh International Airport’s close proximity to major North American cities and efficiency for operations has provided Qatar Airways Cargo and EFL an improved experience for shipping global air freight. The Qatar Airways Cargo flights to Pittsburgh also provides $42.8 million of annual economic output for the Pittsburgh region, supporting 265 additional jobs within the region according to a study performed by EDRG in 2018.

Qatar Airways Senior Vice President Cargo Sales and Network Planning Peter Penseel said, “We see the Americas as an important cargo market. Our freighter services to Pittsburgh are doing extremely well and help connect global markets to the region while also offering businesses in Pennsylvania direct uplift to our growing cargo network. Through our collaboration with EFL, their customers in the Indian subcontinent and South East Asia benefit from innovative and faster supply chain solutions and dedicated capacity of more than 100 tonnes each week to regional distribution centers and retail stores in the United States using Pittsburgh as a gateway.”

EFL’s Group Chief Executive Officer Senthil Shanmugam said, “At EFL, it has been a constant pursuit to find efficient and innovative solutions for our customers, which has led us to this initiative with Qatar Airways Cargo, with who we have a relationship for over a decade. Considering EFL’s spread of seven offices in USA, of which five of them being in East Coast and Midwest, having a gateway that is accessible to these regions was important. Pittsburgh is a logical location for this operation as it allows us to have a fast turnover of cargo in comparison to more traditional and congested gateways. We’re grateful to the Allegheny County Airport Authority for assisting us with facilitating this effort.”