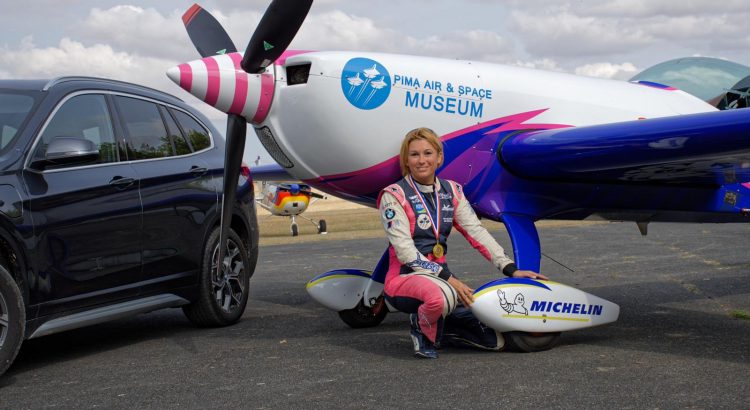 Michelin-sponsored pilot Mélanie Astles has won the 2020 title of the France Unlimited Female Champion that took place in Châteauroux between September 16-23 aboard her Extra 330 F-HMEL plane. With a score of 78.7 % after 3 programs, the five-time French aerobatics champion has placed 6th in the general ranking. Louis Vanel won the male title.

“Since the post-lockdown in May, and in preparation for competitions, I attended several training camps with other pilots in various locations in France with our coach Pierre Varloteaux. A lot of work, a lot of progress, a good atmosphere, willpower and mental preparation,” said Astles. “My next goal the French Open and the 2021 international championships.”

As the only woman competing against men in the German Open/Extra Unlimited Aerobatics that took place in Welzow August: 26-30, she took first place overall.

The French Open is scheduled for October 12-16.  Follow Astles’ race progress on Instagram at melanieastles or michelinaircraft.