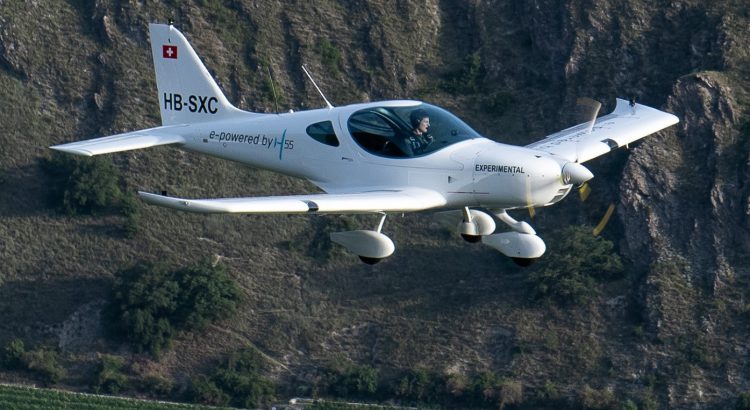 H55, a Solar Impulse technological spin off, has successfully flown a new electric airplane. Powered by H55’s electric propulsion system and manufactured by BRM Aero, the Bristell Energic is a 2-seater fully electric airplane to be used for pilot training and flight schools. For H55 this is a stepping stone for the development of electric propulsion systems designed for VTOLs and flying taxis.

H55 develops certified electric propulsion solutions to enable the next aviation revolution. The company focuses on the entire propulsion chain, to be certified CS 23,  starting from the energy source and its management, through thrust and power, to pilot interface and control systems. Through its close and long standing collaboration with regulatory authorities, including the Swiss Federal Office of Civil Aviation, H55 leverages certification as an important source of innovation.

This electric flight trainer airplane has received considerable interest from flight schools, airport resident associations and aviation authorities. The Bristell Energic offers a solution which is clean, quiet, cost efficient and safe. The airplane has an endurance of 1.5 hours, providing 45-60 minutes of mission flight with enough reserves, a typical training program for flight schools.

Commenting on this important milestone, André Borschberg, former CEO and Pilot of Solar Impulse, and now H55’s Co-Founder and Executive Chairman, is convinced that “electric air transport will deeply transform and improve urban mobility. Electric propulsion has enabled the world of drones, it will do the same for aviation. The Bristell Energic is a stepping stone for the development of such new aviation transport solutions, where the challenge will be safety and certification. By having our electric airplanes fly and monitoring their performance, H55 will continue to build up big data essential for the development of VTOLs and flying taxis.”

BRM Aero is becoming a major airplane manufacturer in the growing trainer market. The company’s Founder and CEO, Milan Bristell sees continued growth as “the emergence of civil aviation in large markets such as China and India requires pilot training with a real flight trainer with a maximum takeoff weight equal to or above 750 KG. The market is impatient for an electric airplane and our goal at Bristell is to be able to respond to this with a flight trainer which is clean, quiet and affordable to operate.”

Founded by André Borschberg, Sébastien Demont and Gregory Blatt, all part of the former Solar Impulse senior management team, H55 is positioning the company and its home country Switzerland to be an important player in electric propulsion and clean aviation. In addition to Swiss Federal Government funding, the Canton of Valais through the Ark Foundation and the City of Sion, the company has also benefited from financing through Nanodimension, a Swiss-Silicon Valley based venture capital fund, thereby providing H55 with a wide network of partners and global expertise.