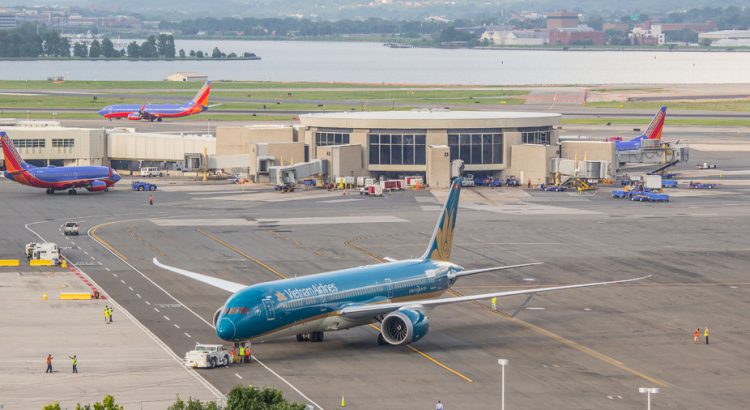 Photo above – A Vietnam Airlines 767 made a promotional tour stop at DCA in July of 2015. Photo by Kim Stevens.

A Category 1 rating means Vietnam’s civil aviation authority meets International Civil Aviation Organization (ICAO) standards for personnel licensing, operations, and airworthiness. With the Category 1 rating, Vietnamese air carriers that are able to secure the requisite FAA and DOT authority can establish service to the United States and carry the code of U.S. carriers.

The FAA had not previously assessed Vietnam’s civil aviation authority for compliance with ICAO standards. The Category 1 status announced today is based on an August 2018 FAA assessment of the safety oversight provided by the Civil Aviation Administration of Vietnam.

As part of the FAA’s IASA program, the agency assesses the civil aviation authorities of all countries with air carriers that have applied to fly to the United States, currently conduct operations to the United States, or participate in code sharing arrangements with U.S. partner airlines, and makes that information available to the public.  The assessments determine whether or not foreign civil aviation authorities are meeting ICAO safety standards, not FAA regulations.

To maintain a Category 1 rating, a country must adhere to the safety standards of ICAO, the United Nations’ technical agency for aviation that establishes international standards and recommended practices for aircraft operations and maintenance. IASA information is posted on the FAA website.