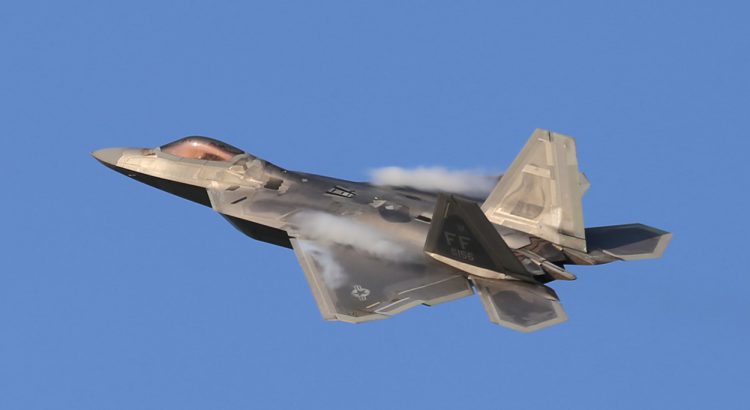 Current military fighter jets are among the most popular draws every year during the EAA AirVenture Oshkosh air shows, and the 2020 schedule lives up that reputation with demo teams with three of the top fighters in the U.S. military fleet. This year’s Experimental Aircraft Association fly-in convention features demo teams flying the F-16 Fighting Falcon, F-22 Raptor, and F-35 Lightning II throughout the week.

“As we continue to plan for a full AirVenture event this summer, EAA members and other attendees overwhelmingly tell us that they love to see the speed and power of modern military aircraft on display,” said Dennis Dunbar, director of AirVenture air show operations. “The pilots of these aircraft love flying at Oshkosh as well, as they know they are performing in front of one of the most knowledgeable and appreciative air show audiences they’ll find anywhere.”

The F-16 Viper Demonstration Team will fly its own performances and participate as part of the Air Force Heritage Flight program, which matches current military aircraft with legendary warbirds from previous eras such as World War II. It comes to Oshkosh from Shaw Air Force Base in South Carolina.

The F-22 Raptor Demonstration Team demonstrates the abilities of the Lockheed Martin F-22, which was introduced by the Air Force in 1997 and is one of the premier air superiority fighter jets in the world. The demo team’s headquarters is at Joint Base Langley-Eustis in Virginia.

The F-35A Lightning II Demonstration Team will also fly both solo and Heritage Flight performances with Capt. Kristin “Beo” Wolfe piloting. Capt. Wolfe is the Air Force first female F-35A Demo Team pilot and commander. It is based at Hill Air Force Base in Utah.

Exact dates and times of each demo team performance will be announced as they are finalized for AirVenture week, which features nine air shows over seven days, including two night air shows.