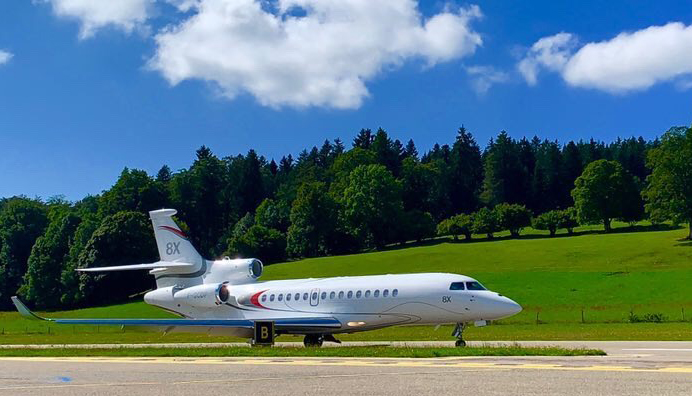 Dassault Aviation is participating in the Sustainable Aviation Jet Fuel (SAJF) initiative being held at this year’s National Business Aviation Association Convention & Exhibition (NBAA-BACE), to promote the use of alternative fuels and help reduce the industry’s carbon footprint.

The demonstration, staged by the NBAA and the General Aviation Manufacturers Association (GAMA), will be a highlight of the show, which opens on 22 October at the Las Vegas Convention Center and Henderson Executive Airport.

The three Falcons on display—an ultra-long range Falcon 8X, a Falcon 900LX and a Falcon 2000S–all flew to Las Vegas with a blend of SAJF and conventional Jet-A1 fuel.

Falcon aircraft—which are all biofuel compatible–also took part in a SAJF demonstration at the European Business Aviation Convention & Exhibition in May, as well as in recent transatlantic SAJF demo flights.

“At a time when aviation is the target of increasing criticism for its role in greenhouse gas emissions, we are committed to doing all we can to help make the industry environmentally sustainable,” said Eric Trappier, Chairman & CEO of Dassault Aviation. “On the one hand, we are putting our full support behind actions aimed at promoting the use of alternative fuels. And at the same time, we continue to focus on technological improvements that maximize flight efficiency and minimize fuel burn.”

Dassault is an active member of the International Civil Aviation Organization’s Committee on Aviation Environmental Protection (CAEP), which was instrumental in gaining approval for a new 2050 Vision for Sustainable Alternative Fuels that will help ensure that a significant percentage of SAJF is substituted for conventional jet fuel by 2050. The company is also supporting CAEP actions in favor of a carbon offsetting scheme for international aviation (CORSIA).

In addition to these actions aimed at reducing aviation’s carbon footprint, Dassault is participating in a number of European initiatives intended to improve aircraft efficiency. These include the Single European Sky’s SESAR program, which like NexGen, works to improve efficiency of aircraft operations, and the European Clean Sky and French CORAC programs, which seek to determine how we can reduce fuel consumption by further cutting drag and weight.

“Since our first business jet flew more than half a century ago, we have relentlessly pursued the development of cutting edge structural design techniques and lightweight materials that optimize aerodynamic flow and minimize weight,” continued Trappier. “It’s part of our DNA.”