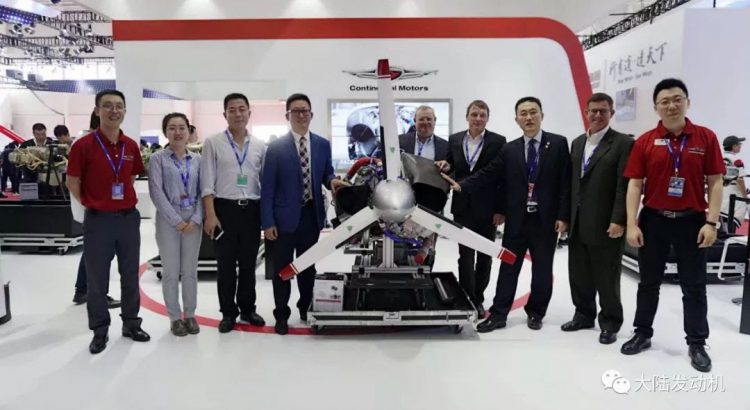 Qingdao Jiutian operates a vast fleet of training aircraft that includes Cessna® C172 and Diamond® DA40 aircraft. By converting their gasoline-powered Cessna® 172s to the Jet-A CD-155, the flight school will streamline their fleets maintenance, operations, and training needs, as both airframes will be equipped with the same engine type. Furthermore, increasing maintenance intervals from 50 hours to 100 hours for converted aircraft will increase flight availability of the aircraft allowing more training time per aircraft. As a Master Installation Center for China, Qingdao Jiutian will offer retrofits, engine exchanges, and services not only for the Cessna® 172 but also for the Piper PA28 Jet-A CD-100 series and the Diamond® DA40 airframes.

Continental Motors Group is the undisputed leader and manufacturer of piston Jet-A engines for general aviation. We offer 7 different models of Jet-A engines, for fixed wing and rotary wing applications. Since 2002, we have delivered more than 5,500 units of our CD-100 series (CD-135 and CD-155) globally and accrued more than 5.8 million flight hours. CD-100 engines have enjoyed a great success in China and are widely used by Chinese flight schools.

“As one of the leading flight training schools, Qingdao Jiutian will benefit from improved availability on the flight line and reduced operational costs by using Continental Jet-A engines, said Yu Xiaodong, EVP of Continental Motors Group. “Partnering with Qingdao Jiutian’s service and maintenance capabilities will also help CMG to enhance the support and service offerings in China”, he added.

Qingdao Jiutian operates 35 aircraft, all devoted to professional pilot training to more than 100 customers in China and operates IASCO Flight Training (IFT) in the United States. IASCO, founded in 1971, is a PART-141 flight academy, certified by FAA and CAAC. The company has a long tradition of excellence in flight training and offers training in an international environment to Chinese students. Since its establishment, Qingdao Jiutian has been focusing on the pilot training market. The company always provides top-level services and customized training products to our customers. They are always looking for ways to enhance their level of service, training methodology and are willing to adopt the best that new technology has to offer, in order to always exceed their customers’ expectations. The cooperation with Continental Motors Group is another demonstration of their commitment to excellence, as are our Czech University of Technology project and the “No Failure Release” Program.