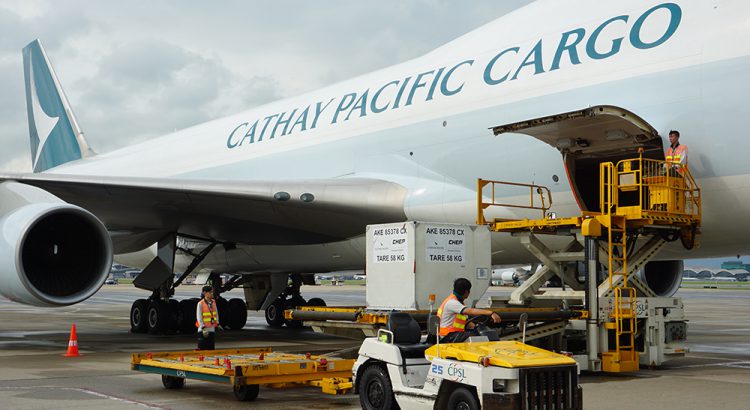 Cathay Pacific Airways and rapid response disaster relief nonprofit, Airlink, have announced a community partnership in the Americas, giving Airlink and its 130 nonprofit humanitarian relief partners access to Cathay Pacific’s extensive Asia network from its 16 passenger and cargo ports in Canada, the US, and Mexico.

Working with Airlink’s partners, Convoy of Hope and Flexport.org, Cathay Pacific recently delivered a consignment of blankets and tarps from Chicago to Manila via its state-of-the-art Hong Kong Cargo Terminal in response to Super Typhoon Goni (locally named Rolly) in the Philippines. The typhoon affected an estimated 1.6 million individuals over six regions, with around 125 cities and towns left without electricity.

“Cathay Pacific is proud to partner with Airlink. We have unparalleled transportation expertise; Airlink complements us perfectly with their vast network of non-profit and logistics partners; so when disaster strikes, we can spring into action. Together, we have a genuine opportunity to positively impact the lives of those in need,” said Chris van den Hooven, Senior Vice-President, Americas, Cathay Pacific. “It is exciting when the mission and purpose of an organization so closely align with our own values. Giving back to the communities in which we operate has been a core principle of Cathay Pacific’s operation since our founding 75 years ago. With the global pandemic, it is more important than ever that we support communities in need and we are prepared to do our part for relief efforts in response to disasters including Super Typhoon Goni.”

“We are delighted by Cathay Pacific’s decision to make Airlink a Community Partner,” said Airlink President and CEO Steven J. Smith. “During several previous responses in the Asia-Pacific region, including during the 2015 Nepal earthquake, and 2018 Sunda Strait tsunami Cathay Pacific’s support was invaluable. Knowing in advance that we have the support of a major carrier like Cathay Pacific is really important to us and will enable us to deliver on behalf of our network of humanitarian relief partners.”

Washington DC-based Airlink operates globally, mobilizing a network of airlines and air freight carriers. This network has enabled Airlink to respond to 21 natural disasters in the past year, including COVID-19, hurricanes Laura, Sally, Delta, Zeta, Iota, and Eta. In response to these events, Airlink has moved over 500,000 pounds of humanitarian aid, 618 volunteer and expert responders to 18 countries. Airlink expects its aid to reach over 2 million people by the end of the year.

In an effort to introduce additional cargo capacity where possible and support global supply chains, Cathay Pacific reconfigured four Boeing 777-300ER passenger aircraft into ‘freighters,’ with seats removed in the Economy and Premium Economy cabins to enable the airline to carry 12 tons of additional cargo under extra safety and security measures.  As part of its ongoing efforts to contribute to the fight against COVID-19, Cathay Pacific recently announced that it has begun transporting vaccines all over the world. Learn more here.