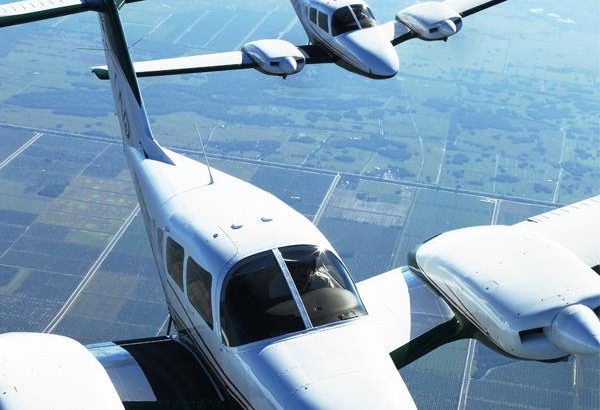 Piper Aircraft and Airflite Pty Ltd announced today that they have signed an agreement for Airflite to become the exclusive Piper Dealer for Australia and New Zealand.

Airflite currently owns 18 Piper Seminoles and Senecas. As a lessor, owner, operator, maintainer and parts supplier, Airflite is uniquely positioned to guide and support current and future Piper customers through the selection, purchasing and operating phases of Piper Aircraft ownership.

“For many years Airflite has been a proud and highly satisfied owner of Piper products. Piper’s value proposition and desire to engage with Airflite and the Customers in the region is exciting and promising for our future relationship and for aircraft owners and operators in the region. This Agreement represents another important step in building a diverse and robust Aircraft and Helicopter Sales and Brokerage capability at Airflite”, said Airflite’s General Manager, Kristian Constantinides.

Mr Nick Jones, Airflite’s Vice President of Aircraft Sales, added “This Agreement provides Airflite with the opportunity to communicate the benefits Piper’s wide range of products directly to our aircraft owners in Australia and New Zealand. As an example, we are looking forward to introducing the Piper M600 to the market through demonstration tours later in the year.”

“Airflite has the experience, presence and passion throughout Australia and New Zealand to become a dominant player in the sales of new Piper aircraft,” said Piper Vice President of Sales, Marketing, and Customer Support Ron Gunnarson. “We are delighted to add Airflite to our global network of Dealers.  The company’s reputation, knowledgeable personnel and strategic locations at Perth, Moorabbin, and Jandakot provide an ideal foundation for growing sales of new Piper airplanes in this important region.”