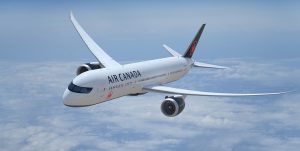 Air Canada announced on May 3rd the continued expansion of its international network with the addition of six new routes for the winter season: Vancouver-Melbourne, Vancouver-Orlando, Toronto-Belize*, Toronto-St. Vincent*, Montreal-Lima* and Montreal-Phoenix. Flights are now available for purchase at aircanada.com and through travel agents.

“Air Canada is continuing its strategic, global expansion with a diverse range of exciting new non-stop routes this winter to Australia, South America, the Caribbean and the United States,” said Benjamin Smith, President, Passenger Airlines at Air Canada. “Vancouver-Melbourne is our third route to Australia, in addition to year-round service to Sydney and Brisbane. Our seasonal Melbourne service will provide additional options for business travellers between North America and Australia as well as Australians seeking a Canadian winter vacation experience.

“Montreal-Lima is our first South American route from our Montreal hub, and will offer travellers from Quebec and Atlantic Canada convenient access to Peru, complementing our existing year-round flights from Toronto. The addition of the first long-haul, international scheduled service to St. Vincent in the Caribbean, along with the addition of Toronto-Belize, Montreal-Phoenix, Vancouver-Orlando offers new choices for travellers looking to escape Canadian winters, and we also look forward to welcoming Florida residents onboard for convenient access to some of the best skiing in North America,” concluded Mr. Smith.

All new routes are timed to optimize connectivity at Air Canada’s Toronto, Montreal and Vancouver hubs to and from the airline’s extensive network across North America and globally. All flights provide for Aeroplan accumulation and redemption, and for eligible customers, priority check-in, Maple Leaf Lounge access, priority boarding and other benefits.