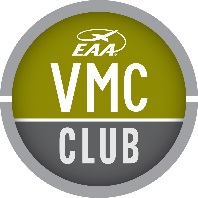 The EAA IMC Club and EAA VMC Club aviation safety resources available through the Experimental Aircraft Association have reached a milestone, as more than 200 local mentor programs have now been created throughout the country. These programs are available as a valuable EAA benefit to members and local chapters.

The EAA IMC Club, which promotes proficiency and safety in instrument flying through the sharing of information within the IFR flying community and the provision of scenarios and educational resources, came into the EAA fold in 2015. Its EAA VMC Club counterpart for VFR flying was introduced shortly thereafter. 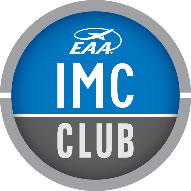 An EAA VMC Club program based at EAA Chapter 103 in Nampa, Idaho, started in early January and was the 200th such program created in the U.S. These volunteer mentor programs to enhance pilot proficiency creates a community of aviators willing to share information and promote safety. All EAA members are automatically eligible to take part in EAA VMC Club programs in their local chapters.

“This hangar flying concept works because it is focused on real-life scenarios that help improve aeronautical decision making,” said Radek Wyrzykowski, EAA’s manager of flight proficiency who is a certificated flight instructor, including for instrument and multi-engine training. “We focus on practical knowledge and the exchange of experience because we believe that safety and proficiency are better developed through hands-on knowledge. It creates another reason for pilots to be part of EAA and brings more engaging programming for EAA chapters.”

More information on both EAA IMC Clubs and EAA VMC Clubs is available in the Aviation Interests area of the EAA website at www.EAA.org.