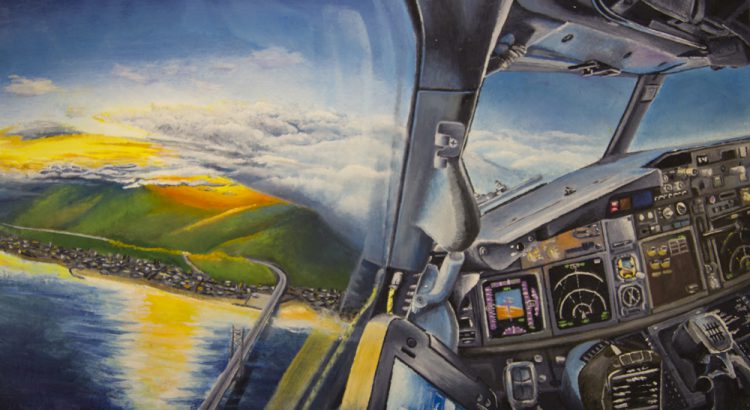 The theme for the 2018 FAI Young Artists Contest is ‘Flight into the Future.’

The FAI has announced the theme for its popular annual FAI Young Artists Contest for 2018. Youngsters between the ages of 6 and 17 are invited to submit drawings and paintings working under the theme of ‘Flight into the Future’.

The FAI Young Artists Contest is run in collaboration with FAI Members around the world. To enter, young artists must submit their artworks through the FAI Member in their country. Different FAI Members will have different submission deadlines.

Each participating FAI Member will then select the three best artworks in each category and send the chosen artworks to the FAI by 1 April 2018. Final overall winners will then be chosen by an international FAI Jury.

Last year thousands of youngsters took part from 16 countries. The final overall winners were from Russia and India. The U.S. had one International winner.

The official FAI interpretation of the 2018 FAI Young Artists Contest theme ‘Flight into the Future’ follows:

“If you have ever dreamed of flying or built a paper airplane, you have walked in the footsteps of the men and women who created the world of aviation as we know it today. Ideas were written on paper. Wooden and cloth models were built to test the designs before the actual balloons, gliders, and planes were built and tested by brave men and women in the air. Today, aircraft designers from all over the world work together, planning and testing their ideas on computers. As the designs take shape, engineers and manufactures built with the latest composites and other materials to make them lighter and more versatile than ever before to meet the needs of today’s flyers.

“The first planes were slow and sluggish. Today, aerobatic planes race across the skies at over 400kph and twist and turn their composite bodies in ways that would have torn apart earlier aircraft. Balloons have gone from floating above cities to floating over the world, requiring space suits in the thin air! Those toy gliders have turned into drones of all shapes and sizes. Real wooden gliders have become lighter and more sophisticated, climbing higher and flying longer than ever before. Each generation brings its passion for flight and blends new technologies and ideas to build on the knowledge of the past.

“What new innovations and ideas will shape the aviation of the future? From hang gliders and parachutists, to drone pilots and citizen astronauts, the only limit to the future of flight is the imagination of builders, dreamers and pilots of today. It’s time to tap into your own imagination, grab your favorite set of crayons, markers, pencils, or paints and create a poster for this year’s Fédération Aéronautique Internationale’s theme, Flight into the Future. Show us your vision of what can happen when people work together and follow their passion for flight.”