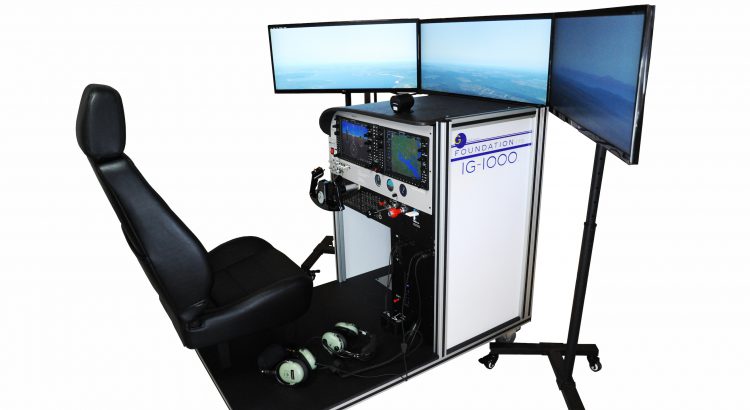 Central Washington University (CWU) has awarded Seattle based one-G simulation with a contract for five Foundation Advanced Aviation Training Devices (AATD) and a Piper Archer device that is currently in development at one-G headquarters. The contract includes a mix of both G1000 and GTN-650 based devices, allowing CWU to train pilots using glass panel and traditional analog instruments.  All devices utilize one-G’s web-based administrative Portal™ and Instructor Operator Station (IOS).

CWU intends to integrate the devices into their growing aviation program such that students will be required to spend dedicated time doing simulator training as they make their way through each of the pilot ratings. One-G simulation has recently expanded its feature offerings in direct support of this approach to training, including the one-G Self Operated Learning Objective (SOLO™), a turn-key solution for self-guided lessons. This feature enables students to progress in the AATD on their own time while their instructor maintains oversight remotely, either during and/or post lesson.

CWU’s acquisition of the Foundation AATDs was made possible in part by one-G simulation’s recent expansion of their popular pay-per-use Access™ Program. The expansion means that now universities and STEM programs nationwide can begin using one-G products without large initial out-of-pocket expenses. For CWU this meant that they could secure training devices to meet their immediate needs while a customized device that matches their specific aircraft fleet is being manufactured by one-G’s product development team. “At one-G, we are finding ways to solve the pilot shortage problem by designing and implementing features that help pilots effectively learn, and programs that enable schools to incorporate high fidelity flight training devices into their curricula today,” said Xylon Saltzman, CEO of one-G simulation. “Our goal is to see pilot training begin earlier, and to be more productive along the way, so that more youth are again drawn to careers in the fabulous world of aviation. Collaborating with CWU is a large step in the right direction in support of this mission.”

one-G simulation is a Seattle based flight simulation firm that designs and builds FAA approved model specific AATDs, and a host of other aviation related training products, including its proprietary software for use in pilot training and pilot proficiency.