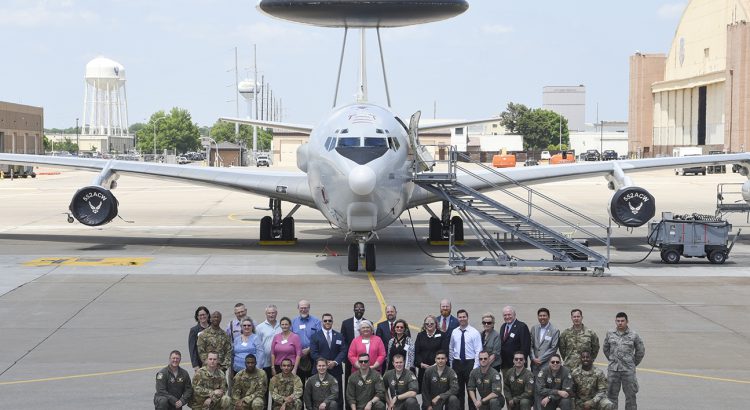 The legislative session has concluded, and the aviation and aerospace industry in Oklahoma benefited from several bills ensuring the viability of the state’s second largest industry.

Over twenty bills were filed directly or indirectly affecting the aviation community. Among those filed were measures that would sunset exemptions to the aircraft excise tax, prohibit drones from flying over agriculture lands, provide airport immunity, require a private-use airport setback, and provide tax deductions for aerospace companies that donate engine and equipment for educational purposes. A measure to create an aerospace training center through the State Board of Career and Technology Education was also introduced and heard in committee.  These measures did not pass this session but are eligible to be reconsidered next session.

Three aviation bills were signed into law, the most significant being HB 2118 authored by Representative Charles Ortega, (R) House District 52, and Senator Gary Stanislawski, (R) Senate District 35.  The new law requires that underlying federal processes administered by the Federal Aviation Administration (FAA) and the Department of Defense (DoD) must be complied with before a wind developer constructs a wind turbine in Oklahoma. Notice of the proposed constructing of a turbine and proof these processes were complied with must be submitted to both the Corporation Commission and Aeronautics Commission. The bill passed with an emergency clause, placing it into effect immediately upon being signed into law by the Governor.

Victor Bird, director of Aeronautics said, “HB 2118 was crafted to ensure that the military had the airspace it needed to fulfill the mission of training new pilots and that the wind energy industry had the opportunity to continue its robust growth in Oklahoma. The two can mutually coexist in Oklahoma.”

Grayson Ardies, deputy director for the Aeronautics Commission, who had a significant role in drafting the bill, stated “military aviation (our three Air Force bases, two Air Guard units, and aviation components of the Army National Guard and at Ft. Sill) is extremely important to the State of Oklahoma. As we learned from the recent “Oklahoma Aviation & Aerospace Economic Study,” completed by the Aeronautics Commission, the aerospace and aviation industry is the second largest industry in the State responsible for $43.7 billion in annual economic impact. Military aviation accounts for the largest part of that and is responsible for $19.3 billion. Having safe, adequate, and accessible airspace is critical to the missions of Vance and Altus AFBs, and the Tulsa and Oklahoma City Air Guard Units,” said Ardies.  “We must ensure that Oklahoma’s Air Force bases and other military installations have the military airspace they need to fulfill their training and readiness missions.”

Another important piece of legislation benefiting aviation was HB 2518 which extended the maximum length of the primary term of a contract, lease or other arrangement that a municipality may enter into regarding facilities or services at an airport it owns or controls, from 40 years to 50 years.  This was a request bill from the Oklahoma City Airport Trust. The measure was authored by Representative Tammy West, (R) House District 84, and Senator Paul Rosino, (R) Senate District 45.

Bird stated, “Airports are economic engines. From the same economic impact study noted above, we learned that the economic impact of the 108 public airports in the Oklahoma Airport System (OAS) is $10.6 billion. Major aerospace businesses such as American Airlines, AAR and Skywest are located at Tulsa International and Oklahoma City’s Will Rogers. General Aviation Modifications, Inc. (GAMI) and Tornado Alley Turbo are located on the Ada Municipal Airport. Aircraft Structures International is located at Enid Woodring Regional Airport. These companies are known for their work around the world and they provide hundreds of well-paying jobs. These general aviation airports are premier Regional Business airports in the OAS. Economic activity is generated by aerospace businesses such as these located on the airports, and businesses that use the airports like Quik Trip at Tulsa International, Devon at Will Rogers, Michelin at Ardmore Municipal, and Seaboard Farms at Guymon.”  Bird continued, “HB 2518 allows airports to enter into 50-year leases instead of 40 years with businesses that want to locate on airports and build facilities that will provide high paying jobs. It will prove beneficial to inducing major employers to build on airports.  This will enhance the economic development efforts of Oklahoma airports, particularly Oklahoma City’s Will Rogers World Airport and Tulsa International Airport.”

The Oklahoma Department of Commerce Aerospace Commerce Economic Services (ACES) Program also received a two-fold increase in their appropriation from the legislature to $1M.  The program created by Senator Rosino during the 2018 session, has a mission to build partnerships with aerospace companies, agencies and academia to grow the state’s aerospace industry.

“The Aeronautics Commission has worked closely with Commerce and Senator Rosino over the last year to help facilitate ACES’ objective.  We know the importance of fostering and developing the aviation and aerospace community because the Commission has been serving that pursuit for the past 55 years,” said Bird. Two Aeronautics programs, the Oklahoma Aerospace Institute and the Center for Aerospace and Defense Supplier Quality (CADSQ), were the predecessors to ACES.

To further embolden the aviation and aerospace community, a newly formed AERO Caucus was also active throughout the session meeting monthly to discuss legislation and other issues within the sector.  The Caucus hosted an Airmen Appreciation Assembly with over 200 airmen from bases across the state during the aviation advocacy day in March and toured Tinker Air Force Base during their May meeting.

“There is still much work to be done,” said Bird. “The workforce needs in the aerospace sector are at an all-time high, our airport infrastructure funding will have an $800M shortfall over the next twenty years, and there is also a pilot shortage in all facets of the industry including military, commercial, and business and general aviation.  The Legislature is looking to the Aeronautics Commission, Commerce, CareerTech, and Higher Education to serve the aerospace industry. We appreciate the Legislature providing the tools we need to serve this growing economic engine.”