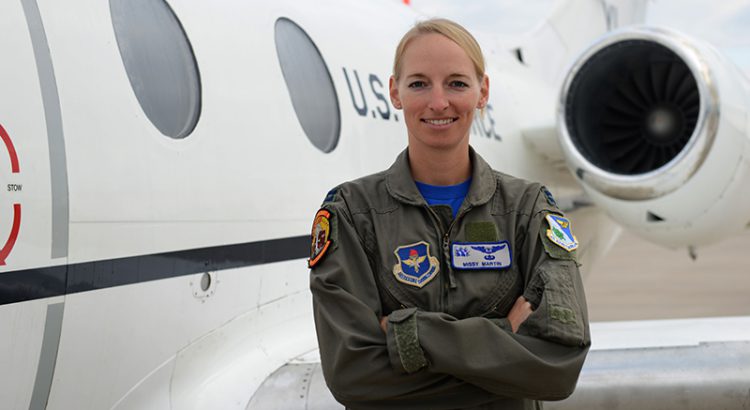 Melissa (Missy) Martin of Polaris, Montana was awarded the 4th annual Martha King Scholarship for Female Flight Instructors during the annual Women in Aviation International Conference in Long Beach, California. This scholarship consists of $5,000 toward an initial CFI certificate or an add-on rating and free, lifetime access to all King Schools courses including FIRCs for life. The total value is over $18,000.

Missy graduated from the U.S. Air Force Academy and has been focused on aviation since high school.  She stated “I fell in love with flying from flying around the mountains as a teenager, and I was curious enough about aviation to ask for a job at the airport. As I progressed through my ratings and a master’s degree, I discovered that I was also passionate about education and teaching. Along the way, I was afforded opportunities that I never imagined, and discovered things about myself that I never thought possible. I realized that I could be as good of a pilot and teacher as the person next to me.”

“Through scholarships from ERAU and Women in Aviation, along with encouragement and mentorship from people I’ve always looked up to, like John & Martha King, I’ve been able to make my dream a reality. Fellow educators and aviators supported me along the way. They truly believed in me when I didn’t believe in myself. As a flight instructor, I want nothing more than to pass along to tomorrow’s aviators the same knowledge and enthusiasm that I’ve been graciously given. The Martha King Scholarship for Female Flight Instructors will allow me to do just that,” Missy continued.

Missy was an Air Force Missileer, Air Force Reserve Navigator and is a currently a C-130 pilot for the Montana Air National Guard. She loves flying the back country of Montana in her Husky. Very recently she was diagnosed with breast cancer and has been undergoing treatments while flying under BasicMed.

Martha King, Co-Founder and Co-Chairman of King Schools, said “Missy is tough and inspirational, fighting a battle with cancer while continuing the process of working on her CFI. Her plans include supporting aviation in her home state of Montana. We are deeply proud of her and look forward to following her aviation journeys for many years to come.”

“I love making the phone calls to our scholarship winners. Letting them know that we are going to help make their dreams come true is just plain awesome!” Martha concluded.

The Martha R. King Scholarship was donated by Martha King who, along with her husband John King, created King Schools in 1974. Applications for the 2020 scholarship will be available on the WAI website in mid-2019.