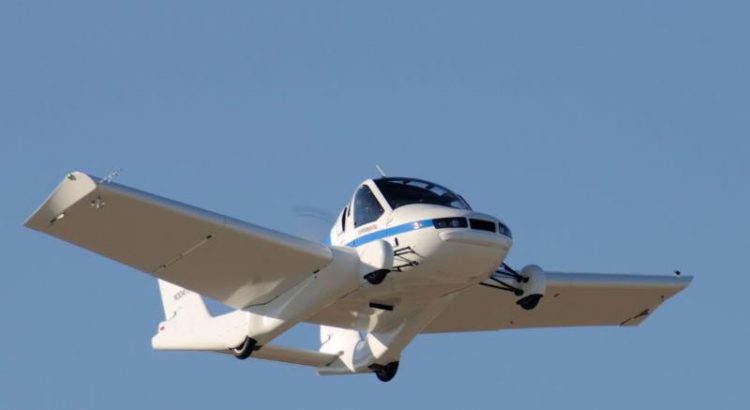 Terrafugia Inc. has chosen a whole aircraft parachute safety system from BRS Aerospace for its Transition flying car, which is under development. Terrafugia is taking orders for the next gen aircraft and ground vehicle.

The Terrafugia Transition is the only aircraft that incorporates the required safety features for both autos and aircraft. Setting a new standard for safety, the vehicle includes a variety of safety devices, including a BRS Aerospace airframe parachute, crumple zones, advanced avionics, and rearview cameras.

A two-seat, roadable light sport aircraft, the Transition features wings that fold and unfold, converting between flight and drive modes in under a minute. Eliminating the hassle of hangar storage, ground transportation and aviation fuel, the Transition fuels up with 91 octane gas and can fit in a home garage.

“BRS Aerospace is gratified to be a part of this new development in aviation working with the designers and innovators at Terrafugia on the very latest in aeronautical safety,” said BRS President/Director Enrique Dillon. “The Transition will join a number of other Light Sport Aircraft for which we provide whole aircraft parachute systems, and it will have the added flexibility of being able to be driven on the streets.”

Terrafugia CEO Chris Jaran said, “We picked BRS Aerospace for the Transition’s whole aircraft parachute system because we identified with its spirit of innovation as the creator of the ultimate aeronautical safety device. In addition, BRS has proven itself over the years for reliability when pilots and their families need it the most.”

Recently, an independent statistical analysis concluded that the Ballistic Recovery System significantly reduced the odds of experiencing a fatal aircraft accident when deployed. BRS has documented a total of 393 lives saved when the BRS system was deployed.

For more information go to www.brsaerospace.com.