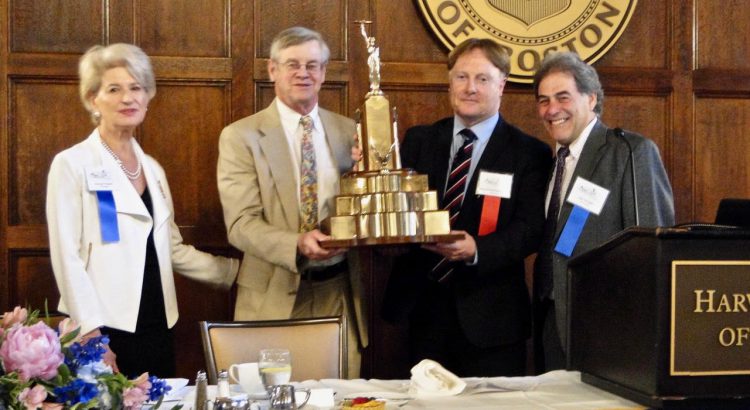 The Cabot Award was presented to Martin-Baker in recognition of their successful development and manufacture of aircraft ejection seats. Martin-Baker ejection seats have saved more than 7,600 pilot’s lives, and by doing so have increased pilot safety throughout the world.

The Cabot Award, named to commemorate Dr. Godfrey L. Cabot (now deceased), is presented each year by ACONE to an individual or team who has made unique and unparalleled contributions to encourage and advance aviation and space flight.

The Aero Club of New England (ACONE), the oldest aero club in the Americas, was organized on January 2, 1902 nearly two full years before the Wright brothers made their landmark flight of December 17, 1903 at Kill Devil Hill, North Carolina.