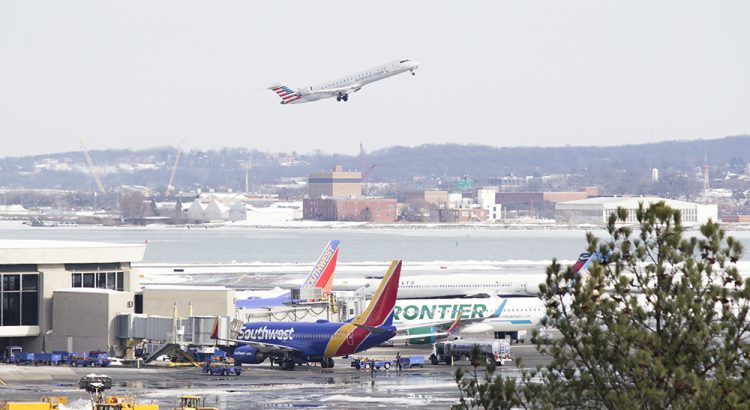 Why have gun seizures at US airports gone up by 357% over the past ten years? In 2008, TSA 926 seized guns at screening checkpoints. Last year they seized 4,239 and the rate continues to increase.

Why does this continue to be a problem and what can we do to reverse the trend? Full disclosure: I am a gun owner with a concealed carry permit.

Let’s first narrow this down to the real problem. Besides seizures, people seem to focus on the number of guns that were loaded, and the number with a round in the chamber. It should come as no surprise that individuals who carry, often do so with their gun loaded and ready-to-fire. It gets inconvenient to have to ask the bad guys to wait while you put in a magazine and chamber a round. Many people who carry, do so with their firearm in a ready-state. These statistics are about as relevant as saying most stolen cars had gasoline in them! They are primarily for shock value and do not contribute to solving the problem.  Like most dilemmas the solution is not simple. If it was, we would have solved it by now.

We could attribute an increase in seizures to simple math. More people are buying guns, and more are getting concealed carry permits, therefore more are likely to have them at a checkpoint. However, although passenger enplanements were 14% higher in 2018 than in 2008, the number of seizures is up by orders of magnitude higher. TSA has made improvements in both technology and training to improve the detection rate, but since they don’t release statistics on screener performance, it’s difficult to tell if these measures support increased seizure rates.

People give a variety of reasons for why they have a gun in their bag at a screening area, but the two most common are they either forgot that they had the gun in there, or because they have a state-issued concealed carry permit, they thought they could carry it anywhere, including on an airplane. Both of these are scary problems. If you’re walking around with a firearm in your bag and you don’t know it, that is a tragedy waiting to happen.

Mass shootings typically trigger a rise in gun sales. It is likely that some individuals purchase a weapon after the shooting in order to feel safe, and then over time simply forgot they had it, and it’s now buried in the bottom of a purse, backpack or laptop bag. This could account for some of the rise in seizures.

If you somehow reasoned that a concealed carry permit is good anywhere you want to go, then you should at least get in the habit of checking TSA’s well published prohibited items list before you get on an airplane, and checking the doors of businesses and government buildings for gun restrictions as well. The National Rifle Association can also help us out by including the airplane prohibition in its basic pistol course curriculum.

Just to clarify, you can’t. Section 1540.111 of the US Code, Title 14, specifically prohibits the carriage of a weapon into the cabin of an aircraft, that is conducting a domestic or international flight (out of or into the US) – in other words, the airlines. If you want to carry it in checked baggage, fine, there are rules to follow but you are allowed to do that.

Another reason the seizures may be up is that 1/3 of the seizures are attributable to just 10 commercial service airports, and four of those airports are in Texas, a state known for its permissive gun laws. This list included Dallas/Ft. Worth, Bush Intercontinental, Austin/Bergstrom and Dallas/Love Field. Also, Atlanta/Hartsfield International Airport, one of the busiest airports in the world and allows the public to carry a firearm inside the terminal building but not through the checkpoint, tops the list with 298 seizures in 2018. Most airports have banned firearms in public areas of airports. The other airports in the top 10 list, Phoenix, Denver, Orlando, Nashville, and Ft. Lauderdale are in states with relatively similar and permissive gun laws.

Frequently, I am asked in interviews about why people don’t read the signs or listen to the announcements in the airports, and the answer is simple. When you get to the airport, the only signs you’re interested in are the ones that will either get you to the ticket counter or to the screening checkpoint. Unless you’re standing around bored, most people are not reading the warning signs. Additionally, people have heard the announcement so many times they simply just don’t hear them anymore. Plus, like with the signs, their focus is not on what the announcement is saying, unless it is telling them which gate their plane is departing from, how long their flight will be delayed or whether they got the first-class upgrade. Additional measures are needed if we want to reduce this problem.

TSA can and does regularly issues fines to passengers for attempting to bring a concealed firearm through a checkpoint. These fines can go as high as $13,333 per offense, yet the results of these incidents are often not made public. Maybe if more of these fines were made public and some media coverage not just on the number of guns seized, but the number of individuals fined and the amounts, people would start paying attention, and finally go dig that gun out of their bag that they purchased after the last mass shooting.

Jeffrey C. Price is a Professor at the Metropolitan State University of Denver, Department of Aviation and Aerospace Science, and the owner of Leading Edge Strategies, a top airport management training company.