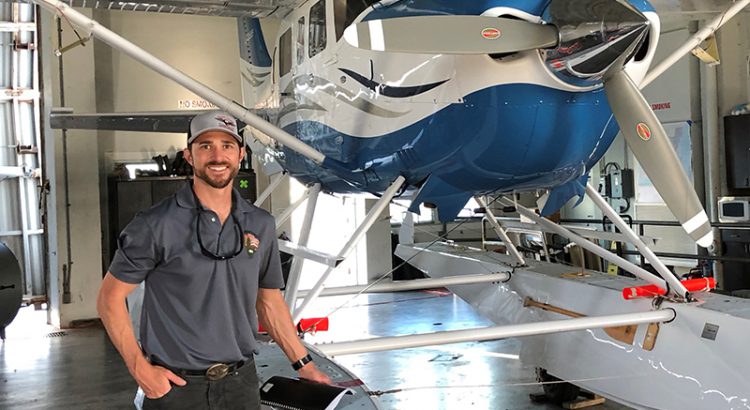 “Justin will be a great resource for the fire programs in our region,” said Regional Fire Management Officer Jay Lusher. “He has nearly twenty years of experience in aviation operations supporting wildland fire suppression, prescribed fire, law enforcement, search and rescue, and all-hazard and resource management.”

Jager is a FAA and DOI certified UAS remote pilot, has a certificate in Aviation Safety and Security from the University of Southern California’s School of Engineering, and holds a Master of Natural Resources degree with an emphasis in Wildland Fire Ecology and Management from University of Idaho in Moscow, Idaho. He also has a Bachelor of Science Degree in Natural Resource Management from Colorado State University in Fort Collins, Colorado.

“I love working outdoors and feeling like the work I do is making a difference,” noted Jager. “Doing trail work was a great starting point, but when I discovered aviation I knew I had found my true calling.”

As he advanced in his career, Jager worked as an assistant lead Fire Specialist with the Bureau of Land Management (BLM) Alaska Fire Service. Next he served as the assistant helicopter crew supervisor, and later as overall supervisor, with BLM’s Ely District Office in Ely, Nevada. He will be coming to his new job from his current position as the Interagency Aviation Officer supporting Grand Canyon National Park, Coconino National Forest, Kaibab National Forest, and the Flagstaff and Verde Valley National Monuments.

“Having worked out of the greater Grand Canyon area I already have great relationships with many of the players,” said Jager. “I am excited to work with all the parks across the region and our many partners and stakeholders to continue the success of our aviation programs.”

Jager succeeds Steve Sorensen, who served in the position for eight years before retiring.