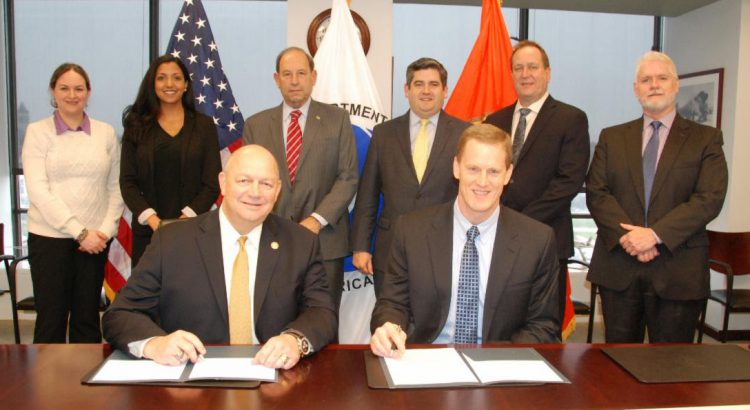 A rich tradition of having Memorandums of Understanding (MOUs) between the Federal Aviation Administration (FAA) and the States will continue, thanks to the recent signing of new agreements between FAA Administrator Steve Dickson and John Binder, Chair of the National Association of State Aviation Officials (NASAO), at FAA Headquarters in Washington D.C. on December 13, 2019.

The MOUs seek to address key issues through continued collaboration on federal and state levels. Each of the MOUs outlines the key objectives, action goals, and the overall process and structure to work towards the stated goals.

“It’s really good to see this relationship continue between the states and the FAA,” said Kim Stevens, publisher of the State Aviation Journal and former state aviation official. “The MOUs between FAA and the States through NASAO has been a unique and productive effort for many years now.”

The objective of the Unmanned Aircraft Systems MOU, originally established in 2014, will be to explore new methods of working collaboratively to provide information on current and proposed UAS rules; authorization of UAS operations; to enhance outreach, education, and information sharing, as well as to increase awareness of UAS activities within the states.

The Runway Safety MOU, originally signed in 2015, will explore methods of working collaboratively to provide and disseminate information on runway safety in order to reduce both incursion and excursions at airports.

“NASAO looks forward to the continued partnership with the FAA in order to enhance education opportunities and information exchange on these key aviation topics,” stated Binder, who is the Deputy Commissioner of Aviation for the Alaska Department of Transportation & Public Facilities.