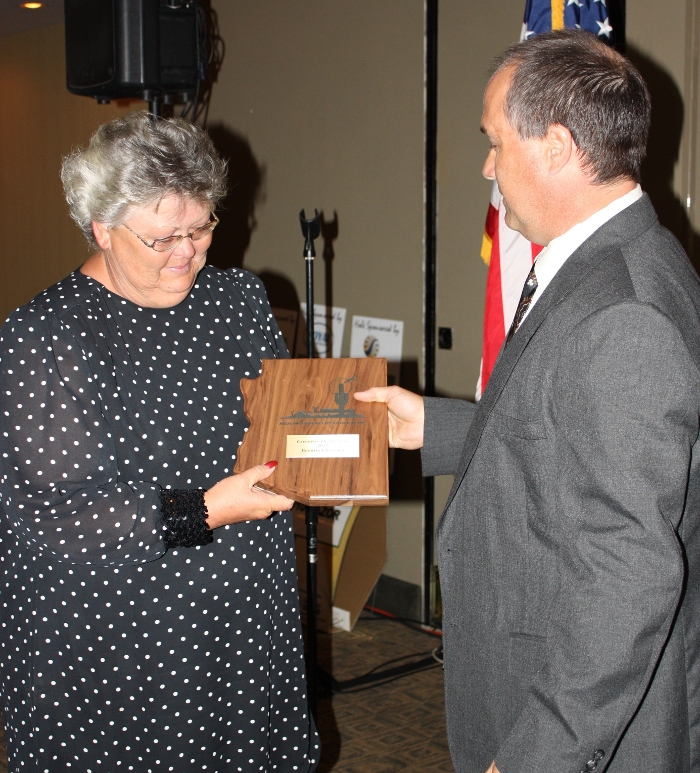 The Arizona Airports Association is proud to announce that it has named Ms. Brenda Chastain, Director of Corporate Administration at Kingman Airport Authority, 2010 Airport Executive of the Year.

The award recognizes an individual who has a broad and deep knowledge of aviation, has made proven contributions to airport facilities, is well respected within the industry and community, and has mentored other individuals.

The terminal is architecturally tied to a $2.5 million Aircraft Rescue and Fire Fighting (ARFF) Station/Administration Building that was dedicated in 2008. Brenda’s hard work resulted in the funding, design, and construction of this ARFF Station.

Brenda is an active member of AZAA and a Past President (1993-94). As a community volunteer, she spent ten years assisting the Mohave County Victim/Witness Program and over 15 years working with Mohave County Elections to proctor results on election nights.