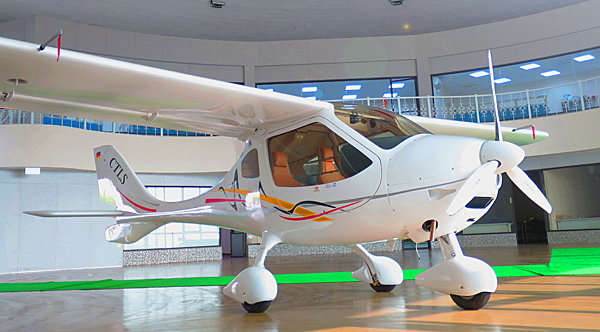 AeroJones Aviation Technology Co., builder of the light aircraft, CTLS in Xiamen, China, announced new representation in Australia, with the appointment of Michael Monck, a leading figure in that country’s light aircraft community.

With this hire, AeroJones Aviation secures a strong opportunity in the vibrant Australian light aviation market to import, sell, and service CTLS aircraft in Australia.

“We are very excited to bring this well-known aircraft (CTLS) back into the Australian market with new manufacturer: AeroJones,” said Monck. “This is not only great news for new buyers but also brilliant news for previous owners who seek customer service.”

“AeroJones is pleased to have the expertise and depth of resources that Michael and his team bring to the Australian market,” said Mr. Michael Chou, who handles marketing for the Xiamen company. Chou is a licensed Commercial Pilot, trained in Canada and with extensive experience in flying. “Michael promises to ensure the Australian customers of AeroJones Aviation enjoy quality maintenance and maximum long-term service.”

Monck has acted as chairman of Recreation Aviation Australia since late 2013 and led it through some major changes. “We are the single largest group of pilots in Australia,” Monck said. “We work very closely with the Australian authorities at CASA to set and oversee our own rules for pilots and aircraft airworthiness, an arrangement that shows CASA is willing to have us direct our own activities.”