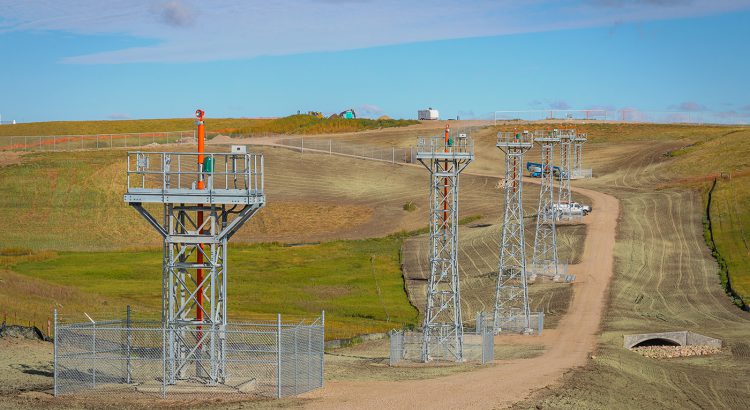 The Williston Basin International Airport (XWA) in North Dakota is open with flights beginning on Oct. 10. Burns & McDonnell served as the designer of record and on-site construction representative for several projects for the ground-up construction of the airport, which was constructed to serve increased commercial aircraft traffic and support the growing economy.

The new airport will have two runways and a 110,000-square-foot terminal. The airport comprises four gates and three jet bridges, with the ability to accommodate 350,000 passengers annually. The city broke ground on the project in 2016.

“We’re thrilled to begin flights from the Williston Basin International Airport connecting passengers to domestic and international locations near and far,” says Anthony Dudas, airport director. “With a 22% increase in airport traffic expected this year, we anticipate more than 140,000 passengers to be supported by our new airport facility.” Dudas added, “Burns & McDonnell and Alliance Consulting helped us stay on schedule as they designed and constructed world-class infrastructure systems for our community’s airport.”

“We’re honored to provide aviation design and construction services for the Williston Basin International Airport,” says Gene Sieve, vice president and general manager for Burns & McDonnell in Minneapolis-St. Paul. “As we continue to expand our aviation capabilities in the Upper Midwest, we look forward to supporting the growing aviation infrastructure needs.”

As part of the ground-up airport project, Burns & McDonnell and Alliance Consulting designed and constructed:

– 5 miles of perimeter and access roads and 7 miles of 10-foot-tall wildlife perimeter fencing.

– Airfield electrical vault for the airport, including room for a generator sized to power all airfield lighting.

“From providing design and construction services on a general aviation apron to designing critical electric systems, we brought an ongoing commitment to successful collaboration and project delivery,” says Andy Loftus, project manager and civil engineer for Burns & McDonnell. “We look forward to our continued partnership with the airport and community as they connect passengers to and from the region.”