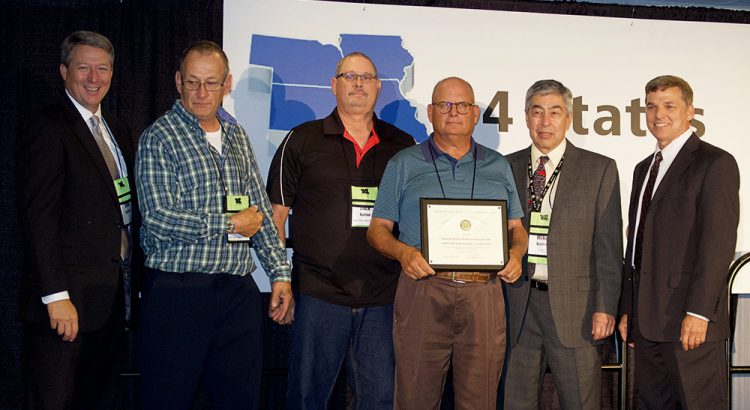 The 34th consecutive “4 States Conference” was held August 28-30 at the Downtown Marriott Inn in Kansas City, Missouri. This is the sixth year that Ed Noyalis and Marquita Pace (with the help of Gary Marr) organized and managed the conference, which draws from Missouri, Kansas, Iowa and Nebraska. The FAA Central Region ran the conference up until six years ago.

The event kicked-off with a golf tournament on Monday, followed that evening with a reception for exhibitors and attendees. On Tuesday morning the four states of Iowa, Kansas, Missouri and Nebraska held their state meetings followed by breakout sessions the remainder of the day. The luncheon speaker was William Deere, VP Government & External Affairs National Air Traffic Association, who spoke about the threat to general aviation posed by the airline industry effort to privatize the nation’s air traffic control system.

On Wednesday morning FAA Central Region Airports Division Manager Jim Johnson, introduced Winsome Lenfert, Deputy Associate Administrator for Airports at FAA headquarters in Washington D.C. Lenfert gave an FAA update on funding for airports followed by a Q&A session. Mrs. Lenfert will also be attending and speaking at the NASAO Convention next week in Mobile, AL. “This was a great conference,” said Ronnie Mitchell, Director of the Nebraska Aeronautics Division. “Well organized with an abundance of informative presentations. The next “4 States Conference” will be held at the same location on August 28-30, 2018.