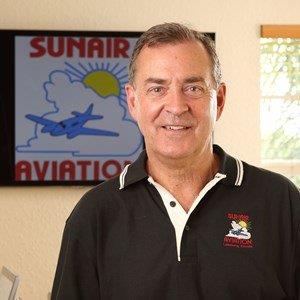 Working with the New Hampshire Division of Aeronautics for 16 ½ years was an education and an eye-opener for Jack Ferns. One of his duties included the opportunity to represent the NHDOT with the NH House and Senate. “Just when you think you have one or two supervisors, take another guess,” said Ferns. “I answered to all 424 members, in addition to the Governor. I enjoyed the challenge and learned a great deal about politics, as well as developing a number of friendships in the legislature that exist today.”

Ferns held the Aeronautics Director’s position between 1996 and 2011 and learned quickly that New Hampshire issues were national issues. “It was extremely helpful to develop working relationships with other state [aviation] directors,” said Ferns. “Spending quality time together made common aviation issues more manageable.” Ferns said it was also important to work with other state aviation directors and with the National Association of State Aviation Officials (NASAO), to develop consensus. “Not always easy when you have 50 state directors.”

During his time as a member of NASAO, Ferns developed a document called ‘NASAO is You,’ that served as a Member Guide to help with the transition of new members coming into the Association. The document brought an understanding of how every NASAO member can benefit by the organization. “NASAO IS YOU helped build member consensus by keeping members focused on the organization’s objectives,” said Ferns.

Growing up, Ferns was always close to aviation. His dad was a NAVY pilot in the Pacific during WWII. “After the war he left a potential airline career behind to return home to New Hampshire and begin his own FBO,” said Ferns. “I started by sweeping hangars at the airport, moving, cleaning, and fueling aircraft.”

Ferns flew every chance he could, earning his pilot’s license while in high school. He would later earn his airframe and powerplant certificate as well as an airline transport pilot and flight instructor rating. Ferns continued to run the FBO after his father retired, and eventually became a designated pilot examiner as well.

“I’m still in contact with many of the FBO employees and pilots,” said Ferns. “Personal rewards are numerous.” He summed it up by saying that not long ago he received a package in the mail from one of his employees from his FBO years. “He had started as a line boy and became an accomplished pilot being hired by one of the regional carriers,” said Ferns. The package included a kind letter and a pair of captain’s wings. “He had earned those wings recently and wanted me to share in his accomplishments. He is now a pilot for Southwest Airlines – Makes me proud!”

Looking back at his career in the industry, Ferns pointed out that 9/11 was a pivotal point for aviation. He was about to be elected as chairman of NASAO at its annual conference to be held in Albuquerque, New Mexico. “All aviation organizations were postponing their annual meetings and NASAO had a decision to make, go or no-go,” said Ferns. NASAO decided to take a national leadership position and continue with the conference. “In the time of a life-changing event, I truly believe it was a unifying time for NASAO.”

The following year was a busy year with much of the focus on GA security. “We worked with all the aviation ABC groups, the FAA, and the DOT to come up with a plan to keep airports and aviation safe.”

Today, Ferns continues to have a wonderful career in GA working part-time teaching at a local Florida airport in single and multiengine aircraft as well as seaplanes. He also stays busy as a designated pilot examiner (DPE).

“I have to admit that I was a little naive moving to Florida five years ago,” said Ferns. “GA is alive and thriving in the sunshine state.” Florida is a flight training capital, training more pilots than any other location in the world. Approximately 85% of the students training at Florida flight schools are foreign students. Ferns said the training is good, it costs less than their home country, and a US pilot license is accepted in most all countries around the globe. “The FAA is staying on top of the training curriculums and providing continuing guidance to pilots, flight instructors and examiners.”

Ferns says he enjoys reading books these days, as he never read for pleasure prior to retiring from full-time work. “My part-time flying gig provides the opportunity to travel both domestic and overseas, along with spending quality time with family and friends.”

When asked what’s the key to a happy life and marriage, Ferns says that marriage is not a 50/50 arrangement – It’s 100/100 and the sooner you realize this, the better off you are. “Of course my wife Carla is always right!”