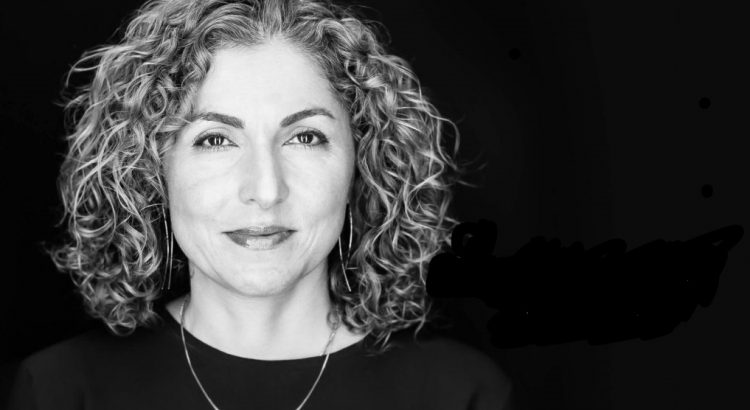 On Friday, May 29th 6:30 pm, the Frontiers of Flight Museum (FOFM) launches its 2020 Gala SpaceShipOne to honor space adventurer and CEO of the Ansari XPRIZE Foundation Anousheh Ansari with the George E. Haddaway Award for Achievement in Aviation. Gala sponsors and guests will have the pleasure of meeting Ansari and learning about her incredible space journey while celebrating the long-term loan of the exact replica of SpaceShipOne to the Museum.

“We are delighted to acknowledge the tremendous contribution Anousheh Ansari and the Ansari Family have made toward the advancement of aviation and space exploration,” says FOFM CEO and President Cheryl Sutterfield-Jones. “We are especially grateful to the Ansari family for selecting the Frontiers of Flight Museum to showcase SpaceShipOne.”

Sutterfield-Jones continues, “Anousheh is a remarkable woman and an inspiration to all those who dream of space travel. In 2006, she became the world’s first female private space explorer when she spent nine days aboard the International Space Station, and we are so thrilled to honor her at this year’s Gala.”

CEO of the Ansari XPRIZE Foundation and Co-Founder/chairwoman of Prodea Systems, Ansari is a catalyst for a new generation to pursue big dreams, even dreams as vast as the expanse of space. Ansari emigrated from Iran to the United States in 1984 as a teenager. She earned a bachelor’s degree in electronics and computer engineering from George Mason University and a master’s degree in electrical engineering from George Washington University. Ansari, her husband Hamid Ansari, and her brother-in-law Amir Ansari cofounded Telecom Technologies, Inc. The company was acquired by Sonus Networks, Inc. in 2000 in a deal worth approximately $550 million. Her family is the title sponsor of the Ansari XPRIZE.

SpaceShipOne is the first privately developed spacecraft to carry people into suborbital space.  In 2004 the spacecraft successfully flew to new heights, winning the $10 million Ansari XPRIZE.  While the original hangs in the Smithsonian National Air and Space Museum, an exact replica of SpaceShipOne soars high above the space gallery in the Frontiers of Flight Museum. The Space Flight Gallery in the Museum includes treasures like the Apollo VII Command Module, Lunar Sample 15059, OmniGlobe, interactive Texas Space kiosk and our most recent addition, SpaceShipOne, thanks to the generous underwriting from the Ansari family to transport and install it.

In the spirit of continuing the STEM education needed for greater forays in space, the FOFM is dedicating proceeds from the 2020 Gala SpaceshipOne to its STEM education programs, and extraordinary exhibits and galleries.  Sponsorship levels are SpaceShipOne ($50,000), White Knight ($25,000), Mission Control ($15,000), Space Station ($10,000) and Launch Pad ($5,000).  To reserve a table, contact Development Director Luis Gonzalez at 214-699-4621 or email gala@flightmuseum.com.  To pay on-line, go to http://www.flightmuseum.com/gala. Sponsors receive Gala table(s) with a special VIP reception, memberships to exclusive donor groups, museum passes, media recognition and much more!

George E. Haddaway was a prominent fixture in the north Texas aviation scene for decades as a pilot and aviation journalist.   For forty years, beginning in 1934, he was publisher of the area’s most successful aviation magazine, Southwest Aviation, which underwent several name changes to reflect his observations as the area’s aviation industry matured.  His years of publishing brought Mr. Haddaway into contact with aeronautical legends such as “Jimmy” Doolittle, Charles Lindbergh, Wiley Post and others, and he accumulated a wealth of aviation-related memorabilia and archives.

With this vast treasure trove of books, photographs, and papers, Haddaway was the driving force behind the formation of the History of Aviation Collection, now housed at the McDermott Library of the University of Texas at Dallas.  The many significant three-dimensional artifacts he acquired formed the basis for the founding of the Frontiers of Flight Museum to house and display these priceless aeronautical heirlooms.